You are here: Home / MAIN COURSE / Of Cabbages and Kings 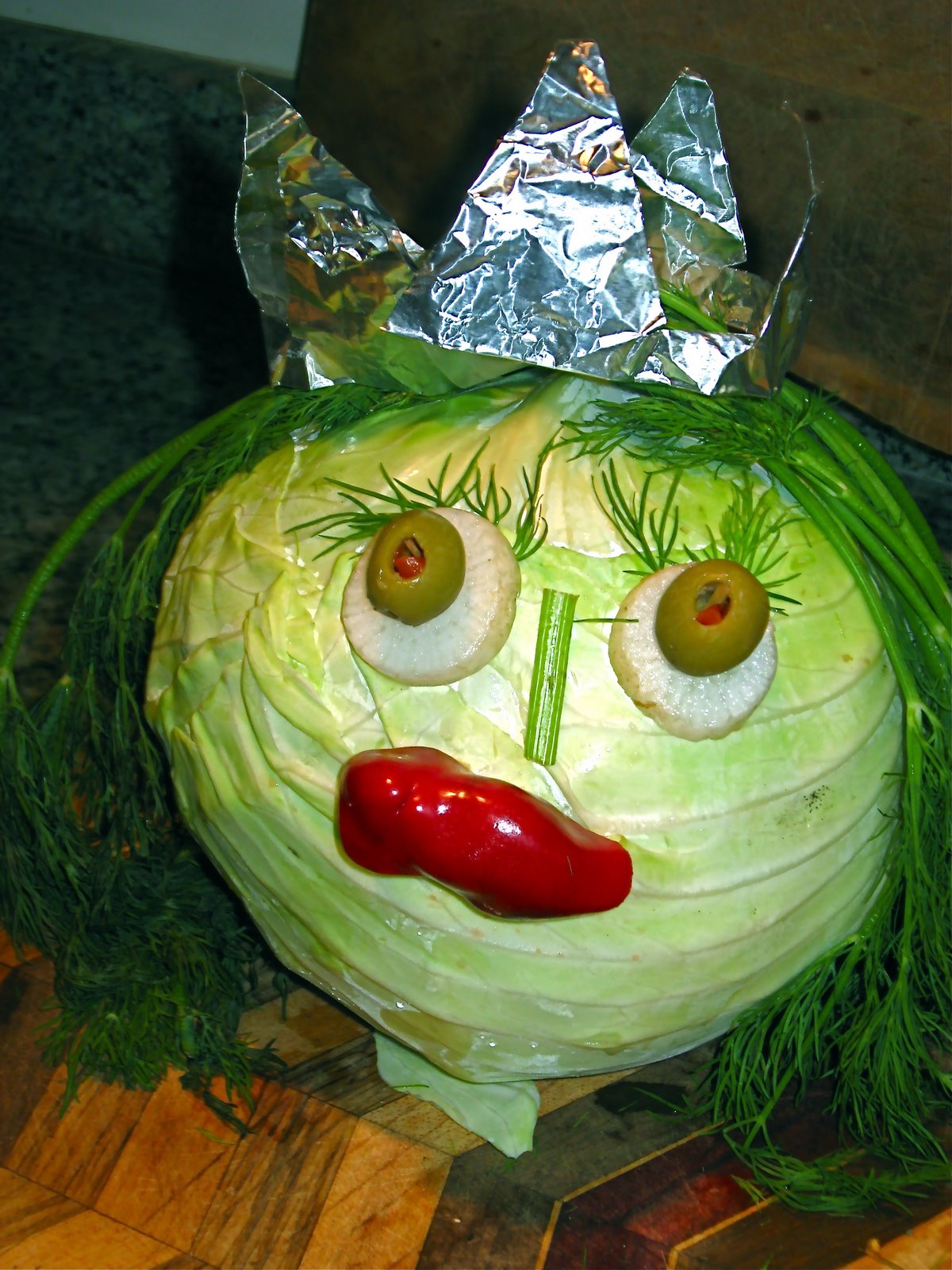 “The time has come,” the Walrus said,
“To talk of many things:
Of Shoes — and ships — and sealing-wax —
Of Cabbages — and kings —
And why the sea is boiling hot —
And whether pigs have wings.”
Lewis Carroll — “The Walrus and the Carpenter”

We may get to the winged pigs, but first, we’ll talk about the economy, or as Bill Clinton said 1991, “the economy, stupid.” Global financial turmoil has given rise to what has been termed consumer hyperopia — an inability to live in the present for fear of what the future may bring. It means looking too far ahead, a Cassandra-esque catastrophizing.
In our country, folks are pulling in spending on luxury items, but upping the antidepressants and shrink visits.  In Japan, they’re just cutting back. On everything. A recent New York Times story quoted a Mrs. Takigasaki, who, though not in dire financial straits, metes out her weekly yen like a  miser and frequently feeds her family cabbage.  ‘You can make almost anything with some cabbage, and perhaps a potato,'” says Mrs. Takigasaki, 49.
Takigasaki-san is not far wrong.  But it’s saddening to have cabbage associated with penury (yenury?) and want. It’s vilified enough already, and it’s such a clever crucifer, offering a lengthy shelf-life, incredible versatility and lavish nutrition.  A cup of cabbage has almost all your daily vitamin K and half your C, all for 33 calories. It’s rich in antioxidants, fiber, folate and assorted B vitamins.  It’s divine for detox and deserves better than to be dismissed as poverty grub.
Mon petit chou — my little cabbage — is a French a term of endearment, presumably not because the French prefer their beloveds round and green, but because cabbage is darling.  And delicious.  I could easily eat it three times a week and never prepare it the same way twice. The French do a lovely chou farci (cabbage stuffed with sausage and rice or in one fancy veggie incarnation, truffled mashed potatoes).  It is stuffed in almost every other cuisine, from Eastern Europe to the Middle East. Edible, functional  and ornamental, cabbage is the perfect vessel.
I, however, do not stuff — be it vegetables, bras or ballot boxes.  I’ll slow-roast cabbage with onions until they’re sweet and carmelized and wonderfully messy.  I’ll do braised cabbage with white beans, tomatoes and rosemary, it welcomes every Asian interpretation from Chinese with sesame oil, ginger, garlic and soy to Thai, with red curry paste, coconut milk and basil.  Every ethnicity loves its cabbage.  And yes, it is economical.  But hardly the food of last resort.
This is the cabbage creation I came up with last night.  When I don’t know what I’m going to make for dinner, I begin with chopping vegetables.  Then I go where the spirit takes me.  It took me to the Caribbean, thanks to allspice, thyme and coconut milk.  Sacrificing my anthropomorphized cabbage to dinner was distressing (off with his head!) but delicious. 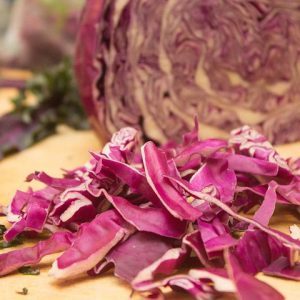 « Guided by Voices
The Gift of Food »