I almost failed high school chemistry because I had a sixth-period class, the last of the day, and our instructor was an alcoholic. In her sozzled mind, she’d already taught us the same lesson five times that day and she was crazed and furious because we hadn’t nailed it yet. Also, there was the time she allegedly saw a guy spill acid and ripped his pants off “so he wouldn’t burn himself.” Uh-huh.

There was some sort of administrative intervention and another instructor took over, but it was too late for me. As intrigued as I was by chemistry and all its nifty accouterments and accessories, I was never going to be of a scientific bent. I could neither draw nor fathom the pretty little molecular sequences. Trying — and failing — to memorize the period chart made me anxious. But the real problem was I believed in literature, in stories, more than I ever believed in science.

Things are never as simple and elegant as they seem in science. They can’t be reduced to a formula. Or if they can be, there are always what Robert Merton (a sociologist, not a scientist) called “unintended consequences,” fallout you hadn’t expected. Side effects. And they’re usually not fun.

In Nathaniel Hawthorne’s short story, “The Birthmark,” Aylmer, “a man of science,” is obsessed with his wife Georgiana, lovely in all ways, save a small hand-shaped birthmark on her cheek. It is the flaw which obsesses Aylmer. He gets so he can’t stand to be with her because the defect is all he sees. Aylmer develops a serum to remove the birthmark. It works, and Georgiana is left unmarked, physically perfect. And dead. Death is a fairly serious side effect. No coming back from that one, at least not yet. “With so high and pure a feeling,” Aylmer “rejected the best the earth could offer.”

We may not be perfect, Hawthorne was saying, but we’re all we’ve got and we should embrace ourselves — and each other. Two hundred and fifty years later, Richard Powers, author of neuro-novels like The Echo Maker and Generosity, says pretty much the same thing. A physicist turned novelist, he knows his science and reminds us a blistering crush is no more than a “surges of dopamine. . . spikes of endorphins. . . waves of oxytocin.” We’re just big bags of hormones and brain chemicals. You can tweak the drugs, of course, with other drugs. Or with genetic tinkering. But would you?

Powers did. He’s one of nine people to have his genome mapped (it was a GQ assignment, they paid the hefty tab). Knowledge, though, isn’t always power. In his GQ article, Powers says sure he knows things about himself he never did before. What he came away with, though, is not an undying belief in science, but a rather touching fondness for human imperfection. I find this very cheering, especially lately when evidence of my imperfection is everywhere.

I’ve had the text for this post, or at least the core of it, for the better part of a week, but was waylaid by deadlines, Thanksgiving and a boring head cold. Besides, I couldn’t think of a recipe to do it justice or what sort of image to do — some mad scientist thing? A crazed periodic chart? I made myself far nuttier over this than necessary (quell surprise) and in so doing, tried your patience, please forgive. Fate intervened by way of dinner.

Serendipitously, I had a cauliflower in the fridge, and taking it out this evening for the pasta recipe below, was struck by just how brainlike it looks, I had been writing about brain chemistry. Eureka. This is what I always forget — sometimes unintended consequences can be positive.

I steamed the hell out of the cauliflower, as I do for this recipe. But what was unusual about today’s preparation is that I left the pot on the burner while I was working, thinking to check its progress, oh, any minute now. This I failed to do until I smelled something burning. Had I had a little more presence of mind, I’d have photographed the very impressive blackened pot. In the heat of the moment, as it were, I was more interested in damage control. 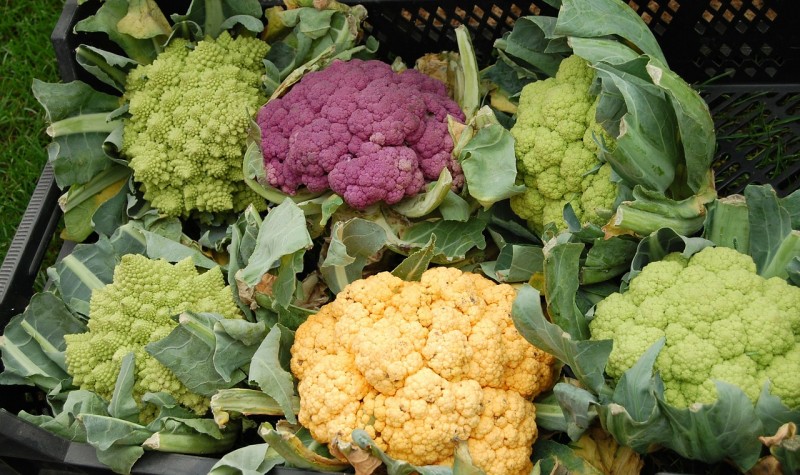 When the smoke cleared, I discovered the cauliflower, which had been sitting in the steamer basket within, was not only fall-apart tender, it also bears a sensual, smoky tang. While delicious, I do not suggest trying to replicate this. Unless you have All-Clad and an intrepid nature (dang, they make All-Clad solid — the pot cleaned up just fine).

Genetic mapping, Powers says, is only a recipe at this point. We don’t know if the recipe produces “a cracker or a cake.” Meanwhile, we should enjoy who we are now. Our flaws make us beautiful. Or at least they make us interesting. 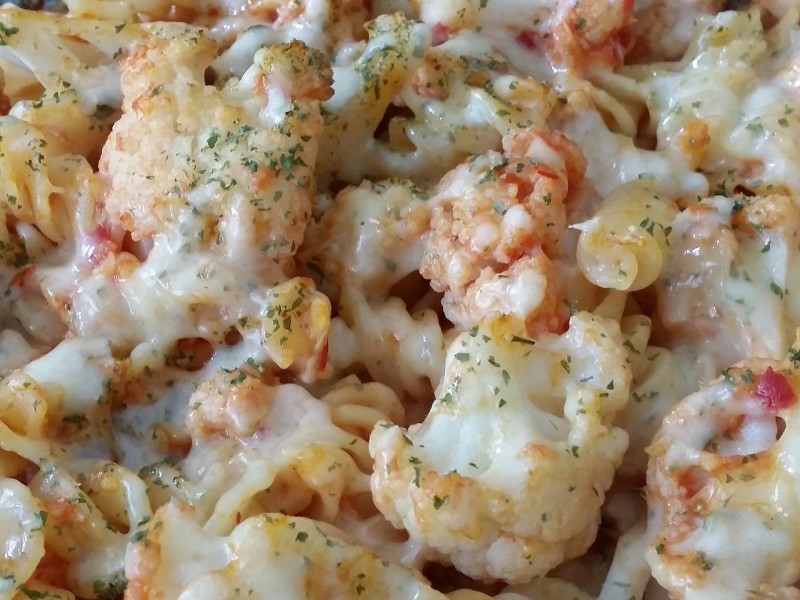 *Note to nonvegans, you can also use brown butter instead of olive oil, which makes things quite luscious indeed. Top with fresh grated Parmesan.