Everyone has a banana bread recipe. But they’re not my grandmother’s recipe.

Hers was the first banana bread I ever tasted, and it spoiled me for any other. It was tender, moist, banana-intense, racy with vanilla, homey, and comforting.

As a child, it did not occur to me banana bread could be otherwise. But as I grew up, I discovered what you probably know, too — there are crumbly, dry banana breads, greasy breads, and some bereft of banana. There are also breads studded with nuts and chocolate, others spiced with cinnamon and ginger.  Lovely if you like that sort of thing, but my ideal banana bread is all about the bananas. 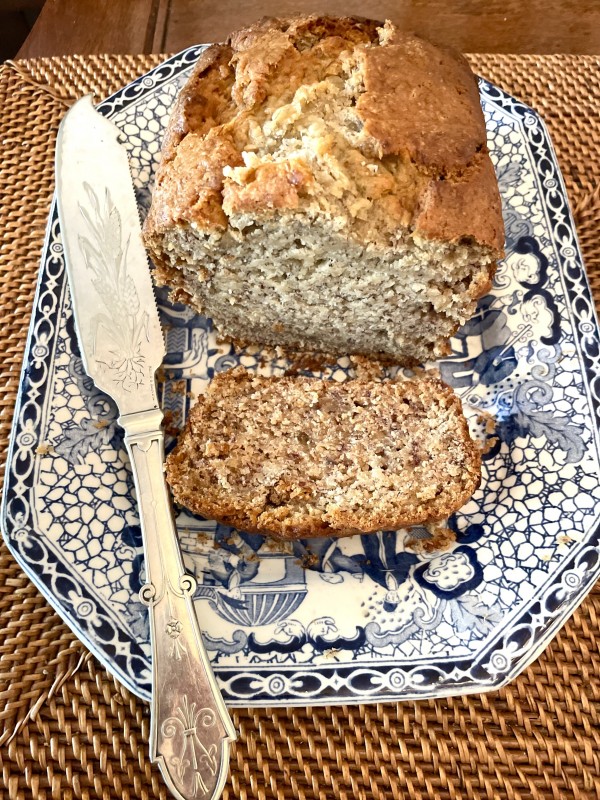 My grandmother’s recipe used lots of old, soft, black bananas, harvested from the tree in her back yard. I have no problem using old bananas, though I usually get them at the grocery store.

Did you know you can freeze your overripe bananas for later use? Peel the bananas (if you don’t, you will regret it later) and wrap them in plastic wrap before popping them into freezer bags and freezing them for a rainy day. Wrapping them in plastic lets you easily pull out one banana at a time. If you prefer to use less plastic you can measure what you need for your favorite recipes and save them that way.

The problem with my early attempts at vegan banana bread was the first wave of vegan butters and egg substitutes. They got points for trying but were definitely beta quality. Consequently, so were early iterations of my vegan banana bread. For years, I gave up trying. But thanks to new high-performing vegan products — and lots of old bananas — I’ve got a recipe as good as grandma’s, and plantbased, too.

Plan on using those frozen bananas?  Good on you. Thaw them first, and make sure to add all the liquid the bananas throw off. It makes for an extra-moist banana bread that tastes of the very essence of banana. 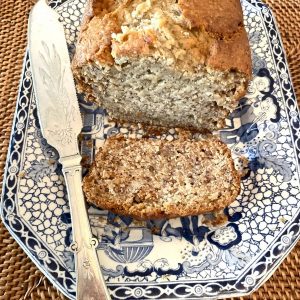 *Using frozen bananas?  Good on you. Thaw them first, and make sure to add all the liquid the bananas throw off. It makes for an extra-moist banana bread that tastes of the very essence of banana.
Keyword banana bread, vegan banana bread