You are here: Home / MAIN COURSE / What Goes Around Comes Around — How Lentils, Pomegranates and Other Round Foods Can Get You Back in the Holiday Spirit

Rosh Hashanah, the Jewish New Year, got off to a rocky start with the devastating loss of Supreme Court Justice Ruth Bader Ginsburg. Add to that the awful toll of COVID, and what is normally a time of hope, sweetness and shine doesn’t feel that way. I want to help you to reconnect with my pomegranate lentils recipe, bringing two of the holiday’s symbolic foods to your plate. 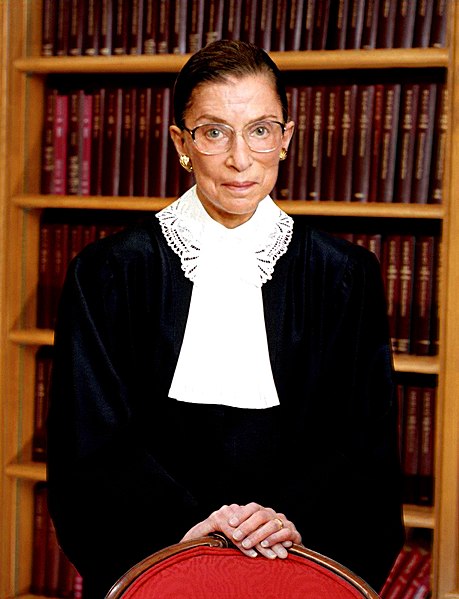 Round foods like pomegranates and lentils play a role at Rosh Hashanah. They represent wholeness, the eternal. Lentils are also one of the most sustainable crops to grow, and most sustainable for us, being high in fiber and protein. Pomegranates, symbolizing fertility, contain 613 seeds, the same number of blessings as there are in Judaism. They’re one of the seven sacred foods. Lentils and pomegranates are delicious, even more so together.

This easy, comforting and gentle dish makes a perfect way to break the Yom Kippur fast. Let it help you feel the joy and sweetness of the season any time.

RBG fought to the end.  We can do no less. Let’s bring the shine and sweetness to this new year. 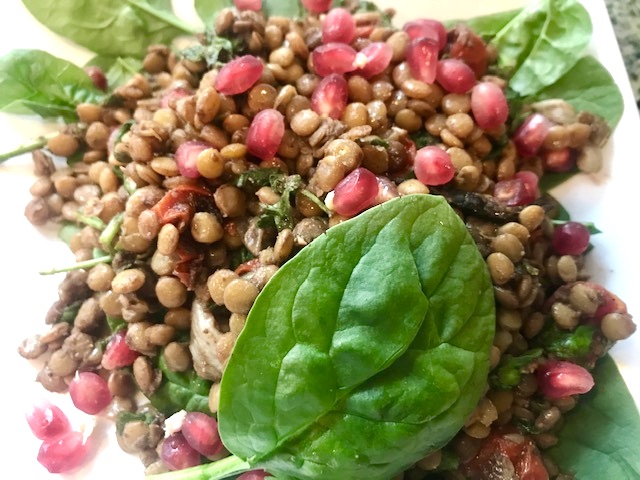 Pomegranate gets a berry boost with sumac and allspice, two spices that began life as berries, yes, even allspice. Sumac is tart but not acidic. It adds a little sparkle. Allspice is a Caribbean berry with warming notes. Both are beloved in Middle Eastern cuisine. 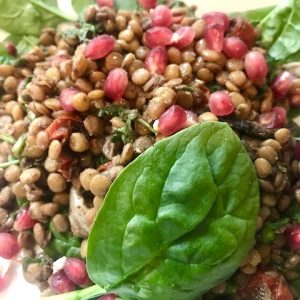 Pomegranate gets a berry boost with sumac and allspice, two spices that began life as berries, yes, even allspice. Sumac is tart but not acidic. It adds a little sparkle. Allspice is a Caribbean berry with warming notes. Both are beloved in Middle Eastern cuisine.
Print Recipe Pin Recipe
Servings 4

*available in specialty markets and some grocery stores

Other Recipes You May Enjoy