You are here: Home / MAIN COURSE / Rice in the Sahara – Inviting Everyone to the Table

Meatless Monday: Inviting Everyone to the Table

My chef friend Amber Antonelli is blonde, beautiful, Californian and professional. She got her start working in the kitchen of one my favorite chefs and inspirations, John Ash. I am short, dark and nervous. I’ve worked with some amazing chefs, but I’m not a pro. I do my best work in my own kitchen and the kitchens of people I care about. The short version is, we’re different.

What interest me, though is what connects us. Food has always been a way of bringing us together, all of us. I’m the vegan inviting everyone to the table. That’s why Amber proposed a class featuring recipes from my book “Feeding the Hungry Ghost” as part of her monthlong vegan cooking series.

That the class sold out is a tribute to Amber, who has an ardent following. The mix of students, though, is a tribute to the delicious cultural stew that is Miami. We had people of all ages, diets and health concerns, people from the Middle East, Brazil, Colombia, the Caribbean — and all over Miami. Amber selected a number of “Hungry Ghost” recipes that were likewise from all over the map, some as exotic as Morocco, some as familiar and comforting as chocolate cake, all of them plant-based.

They are also recipes that make the most of what you have, even when you don’t have much. Amber chose one rice dish based on something my husband and I ate in the Sahara, miles from anywhere. It’s made from nothing but pantry staples you probably have on hand and the only local produce the dessert offers — dates.

We made my Moroccan carrot salad, with notes of sweet, heat, lemon and parsley. It is different, yet familiar. We passed it around for everyone to sample. The Middle Eastern guy tasted and grinned. “It’s like carrot tabouli!” he said, spooning more onto his plate. 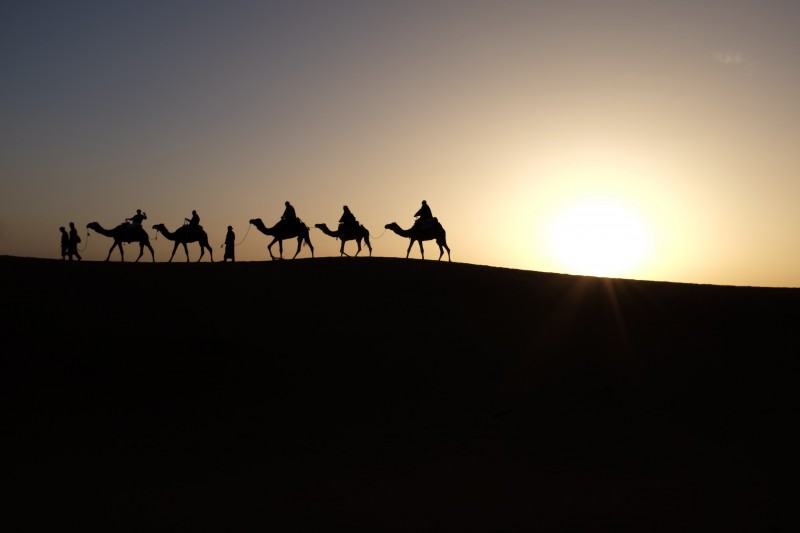 One man, was there with his daughter, or rather, because of his daughter. Vegan is a different and slightly intimidating concept for him, just as it is for my own dad. For both fathers, the bit about not eating meat goes down easier when served with vegan chocolate cake.

Despite our different backgrounds and beliefs, we all felt a connection. We tasted it. It turned the evening from a class into a sort of celebration, a coming together. As I say in “Feeding the Hungry Ghost” — and to anyone who’ll listen — there’s a value in being really hands-on, of filling our kitchens with the warming, welcoming smells of a home-cooked meal, of filling it with the people we love, so we can cook it and share it.

We so seldom cook together, let alone eat together these days. Amber’s class reminded me all over again what a generous act it is. When you let others into your kitchen, you let them into your life. And when you do so, they cease to be strange, they cease to be different, they cease to be other. We all become the same, and at that moment, everything is possible.

There’s so many daunting things that divide us — wealth, class, education, gender, politics, religion. But when we share a meal, none of that matters. We are all different, but we are all human. 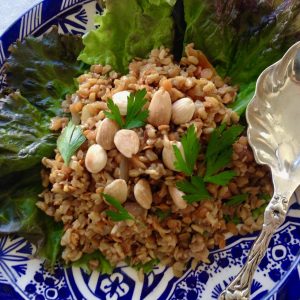 Rice in the Sahara

from “Feeding the Hungry Ghost: Life, Faith and What to Eat for Dinner”
Print Recipe Pin Recipe