I believe being meatless has a positive impact on your health, your karma, your planet, but you can argue otherwise and I will listen and not reject you. Call me a wimp. Or call me civil.

Civility, the very thing President Obama called for in the wake of the Tucson massacre, has been pushing people’s buttons. Maybe the problem is the word itself. Civility does not mean timidity. It does not mean you drink your tea with your pinkie extended (unless that’s the way normally drink your tea). Civility does not mean, as Rush Limbaugh asserts, that “we shut up.” What civility really means is Mr. Limbaugh gets to say what he believes and I hear him out without calling him names. It means we can have a discourse without one of us accusing the other of being wrong or being evil or of harboring a secret agenda. It means we can all sit down at the table together without throwing plates and stabbing each other.

Sitting down at the table was where civility was taught once. I mean plain old table manners — being able to eat and talk together, to operate within the politics of a family or of other social groups, to be tolerant of others.

I’m the vegan who wants to invite everyone to the table. Call me naive, I’ve been called worse — and right here by some readers (and you know who you are), but the Us versus Them mentality I just don’t get. We are more alike than we are different. At the very least, we all eat. Nothing brings us together like food. Food is a delicious lesson in sociology and cultural anthopology.

We may differ on the issue of meat versus meatless, but there’s nothing more global than grain. It’s sustained mankind since we learned to cultivate it. In many parts of Asia, the word rice means to eat. Rice is the basis of qabuli pulaw, one of the oldest recipes in recorded history. It’s the national dish of Afghanistan and serving it is a sign of hospitality. Of civility.

Pulaw has travelled around the world, morphing in Iran, India, Asia, Europe, Africa, the Americas and the Caribbean, each place reflecting its own tastes and local ingredients. It’s known as pilou, perloo, polo, pilau or as we call it here, pilaf. It can mean a simple bowl of cooked rice or an elaborate array of grains, nuts, beans, raisins, saffron, vegetables and yes, even meat.

You call it pilaf, I call it pulaw, it still seems like something we can all agree on. But maybe not. Rice itself can be controversial. Some environmentalists oppose rice on the grounds that it requires too much water to grow, using up valuable natural resources.

I say bring on the controversy. Let’s talk it out. How else are we going to resolve differences of opinion? And while you’re at it, bring on the rice, too — white, brown, red, black, rare Carolina gold, wild, cultivated, glutinous, there’s rice for all of us. And for those who take issue with rice, pilafs can be made with all kinds of grains, chewy, wheat berries, nutty bulgar, tiny calcium-rich amaranth and protein-packed pearls of quinoa. 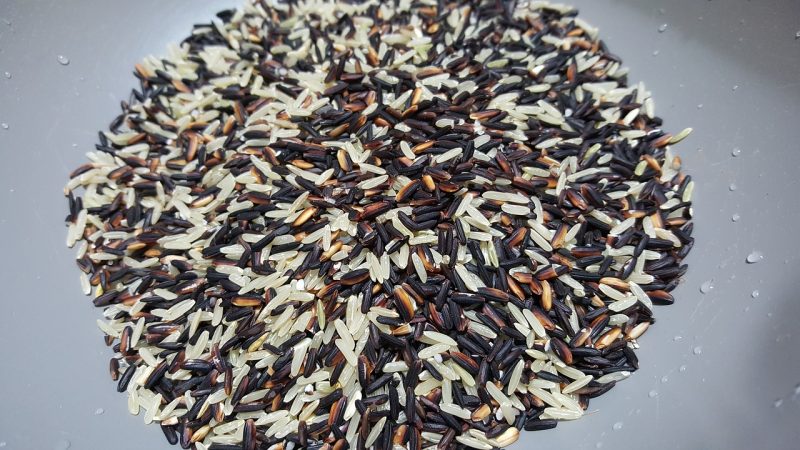 Food itself can convince where rhetoric cannot. Cooking vegan lets me make and share food aligned with what I believe in — more compassion, less carbon. It lets me be the change I want to see in the world, to quote Gandhi (a vegetarian). When I feed others, it encourages them to be that way, too. Or least allows the possibility of discourse over dinner.

I don’t believe Jared Loughner becoming meatless would have averted a tragedy. But being able to talk freely about issues where we as a society disagree might have. These days, reaching across the aisle — or across the dinner table — may be the boldest act you can do.

Dialogue is good. Even when it seems like there’s a line in the sand between omnivores and vegans, Republicans and Democrats. We may not always agree with each other, but frankly, we don’t have anywhere else to go. The fact is, whatever you eat or believe, we’re all on this planet together.

A Seat At the Table Pilaf

While I love a one-pot wonder, this dish pays homage to your classic pilafs and pulaws, and is done in stages, with the rice and sauce cooked separately. They're layered then baked together. It's amazing how the vegetables perfume and permeate the rice. The pilaf keeps well, and its flavors are even headier the next day.
Print Recipe Pin Recipe
Course Main Course