You are here: Home / MAIN COURSE / Hot and Wild Rice

— For July 4th — and every day — do your patriotic duty — vote with your fork, give a damn about what you’re feeding your children.

“This is the only country in the world where we’re debating whether climate change is real,” says Kurt Michael Friese, chef and Slow Food leader. “The effects are happening here and now. It’s not a question of believing it any more, the only question is, what are we going to do about it.”

What Friese has done is go after hot stuff — not carbon units, but Scoville units. The Scoville scale, as any chile-head can tell you, rates the heat of every pepper, from the bell pepper, which has zero, to the incendiary ghost chile, which has over a million. So what do Scoville units tell us about carbon units? In the hot new Chasing Chiles: Hot Spots Along the Pepper Trail. Friese and co-authors, ethnobiologist Gary Nabhan and agroecologist Kraig Kraft show as the world heats up, the chiles we love are disappearing, their habitat compromised by the effects of global warming. 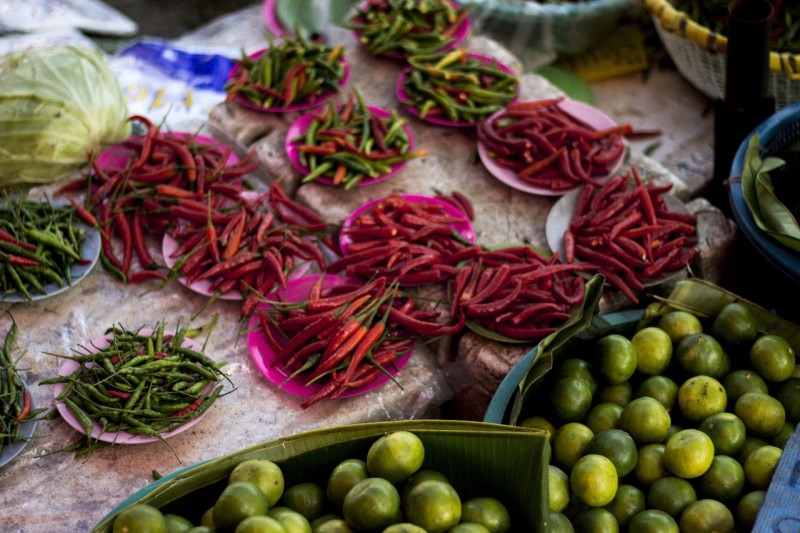 Take my favorite chile, the datil, to which Friese and friends devote an entire chapter (thanks, guys). It’s up there with the habanero in terms of Scovilles but possesses sweet, fruity notes, too. It makes a killer hot sauce. I also love it because we both call Florida home. The datil is listed in Slow Food’s Ark of Taste not just because the flavor of this golden beauty will knock you sideways, but because it’s seriously endangered. It loves St. Augustine in north Florida, isn’t interested in living anywhere else. (I tried growing it in Miami. I failed). Only a few passionate family farms grow it. Over the years it’s suffered from a Biblical wave of plagues including flood, hurricane and soil erosion and is now even further threatened by the pepper weevil, “insects dumped on Florida from Africa by a hurricane,” says Friese, chef/owner of Iowa City’s Devotay.

For the farmers growing our chiles, climate change isn’t a debate topic, it’s a fact “and some of the effects of it are irreversible,” says Friese. So what can we do? “It begins with people voting with their forks and voting with their wallets and giving a damn about the food they’re feeding their children.”

#July4th - and every day - do your patriotic duty - vote with your fork, give a damn about what you're feeding your children. Click To Tweet

“I’m an omnivore,” says Friese, “but we don’t have to eat meat constantly, or have huge portions at every meal. It’s asinine and, well, greedy. Animal agriculture is one of the biggest causes of greenhouse gas.”

Friese also wants to get people back in the kitchen. “It’s a cooking problem — people forgot how. Or never learned,” he says. “I might be the last generation who learned it at mom’s apron strings. Ask the average person how to make stock, at least nine out of ten have no idea. We need to teach those foundational things, the difference between roast and braise, how to cook a stalk of broccoli without turning it into mush.”

Cooking puts you in charge of what you buy and eat. Processed food not only imperils our health and puts more of our money in the hands of big business, it’s bad news for chile lovers. “The Monsanto folks are quietly introducing GMO [genetically modified] peppers to Mexico and New Mexico,” says Friese. ‘They’re nowhere near as hot as they once were. They have a dumbed-down flavor, they’re the Miller Lite of chile peppers.” He recommends using dried peppers, instead. “Those are traditional heirlooms.” Or get fresh chiles from a grower you know. “What we chefs do is fun and interesting, but the ones who do a lot of hard work are God and the farmers. Click To Tweet We heat it up and make it pretty but without them, we got nothing.”

We love our chiles. They inflame our senses but are anti-inflammatory for the body. They boost our immunity, they make us happy, and as Chasing Chiles reminds us, “they are cultural icons, signifiers, and artifacts, giving back to certain caring humans a sense of their own community, identity, history, and individual self-worth.” It would be a shame to lose them. For good. 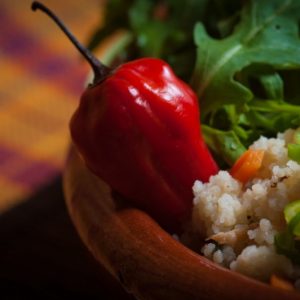 * Leeks are spring-fresh, fabulous, delicate and sweet — but often gritty when you get them. Rinse well. Slice lengthwise. Chop. Fan out rings, so there’s nowhere for the dirt to hide. Add leeks to a large bowl, shake in a fair amount of table salt and cover with lukewarm water. Give it a swish or two. The salt water seems to coax the dirt out of the leeks. Rinse well one last time, to get rid of both salt and grit. Pat dry and proceed in cooking. **The tinging heat of chiles is most intense in their seeds and veins. That heat can transfer to your hands when you’re working with them. I don’t care how manly you are, wear latex gloves when you’re handling chiles and wash your hands afterwards. Then enjoy dinner.