Share a little love with those around you when you offer a bowl of curried sweet potato soup.

“The world is all messed up,” observed Martin Luther King Jr. the night before he was assassinated. Half a century later, it’s still messed up. It’s impossible to undo the pain caused by a single act of violence, let alone the waves of terrorism across the globe. But as we honor King on his birthday, we can seize this moment as an opportunity to rise, to come together. 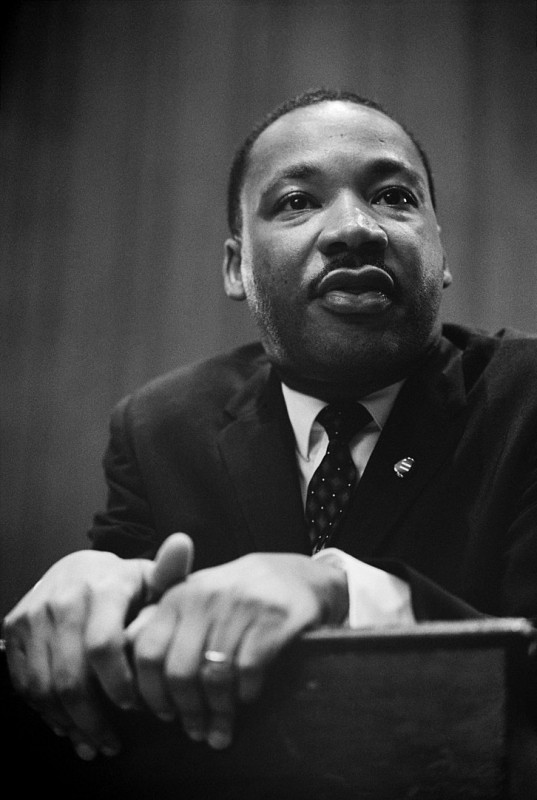 Our messed-up world is as riven by poverty, racism and militarism — the three evils as King called them — as it was in the 1960s, maybe more so. King believed in combatting them not with evil, not with force, but with nonviolence. Another word for this, in another language, is ahimsa. Buddhists, Hindu, yogis and vegans translate this term as nonviolence and as unconditional universal love. It’s easy to talk about — I mean, who’s really against love? It’s the doing that’s hard to pull off. To the hardcore ahimsa practitioner, the life of an animal that becomes your dinner matters just as much as the life of a child, evil thoughts can harm as much as physical weapons. That sets the bar so high for most of us, we can’t even think where to begin. 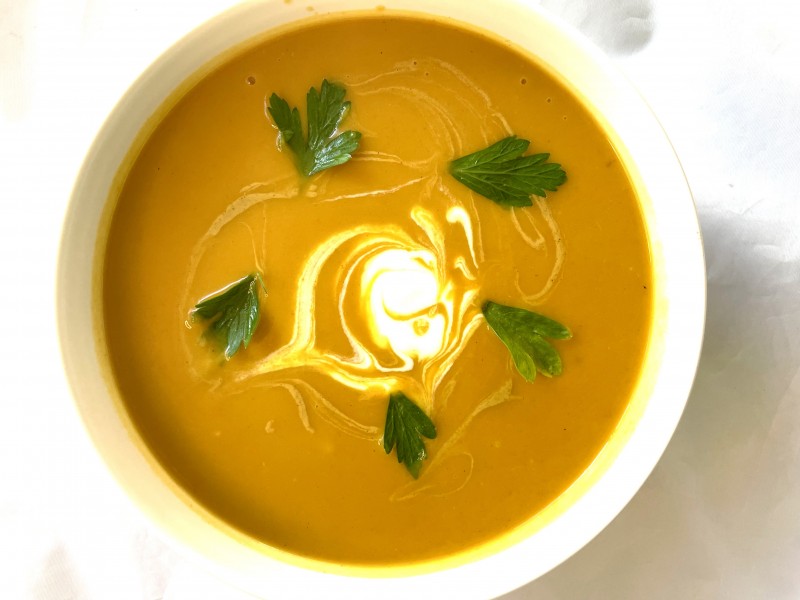 Start with something simple — sweet potatoes.  That’s where Rose McGee began with her sweet potato comfort pie initiative.   I hope my curried sweet potato soup recipe does the same thing.  It’s easy, comforting, and a wonderful pot to share with others.  Let it be a sweet way to bring people together. 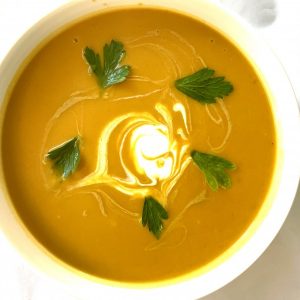 Here’s a simple soup to warm you body and spirit. It gets its velvety texture and sweetness from root vegetables, rich in vitamin A. The sparkle comes from a splash of apple cider vinegar.
Print Recipe Pin Recipe
Course Soup 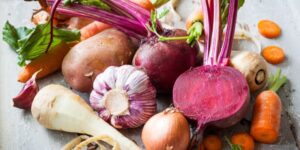