We waste a mountain of food in this country, institutionally and individually. The Obama administration has pledged to cut food waste in half. Good for the government, but what about you? Given the magnitude of the problem, how can you make a difference? All elegant food writer Eugenia Bone had to do was look in her trash can. “I would see a dozen orange rinds in the garbage from juicing, or the woody ends of a pound of asparagus and it just felt wrong,” she says. “It was simply old-fashioned guilt. So I started thinking about how I could use the stuff.” 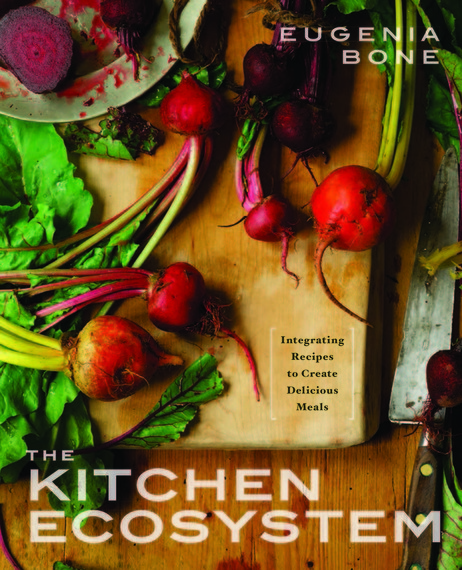 “Virtue equals flavor,” says Bone, who guides you to see food you used to scrap as a free way to make your meals taste better. “My parents were children of the Depression, and instituted a kind of frugality in the house. They knew how to minimize waste by using the whole food.” Her father, artist and cookbook author Edward Giobbi “came from an immigrant Italian family. His parents grew up on subsistence farms.and as the cook in the family, he prepared meals the same way.”

It’s a far cry from the “restaurant dumpsters full of food” Bone remembers passing on her way home after a night of clubbing. “The Kitchen Ecosystem” doesn’t advocate dumpster diving. It does provide 400 recipes and loads of easy tips to waste less at home and eat better, too, like embracing the ugly. For too long, Americans have insisted on flawless produce, forcing restaurants and markets to discard fruits or vegetables that are ripe, nourishing and delicious. Looks aren’t everything.

Rescue and repurpose leafy greens you’d usually toss. “Use radish tops the same way as more commonly used leafy greens like kale. You can use carrot leaves, fennel leaves and dill leaves interchangeably. So if you have a recipe for beets with dill, try replacing the dill with fennel or carrot leaves,” says Bone. “I like to think of it as the homeopathy of cooking.” 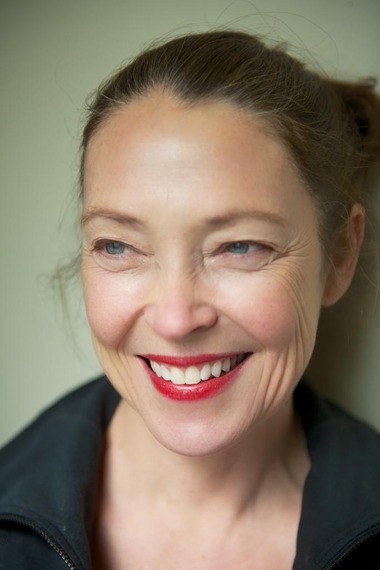 She encourages cooking “from an ingredient-based perspective rather than a recipe-based perspective. By ingredient-based, I mean let a fresh, seasonal, local food determine what you cook.” Bone, author of four other books including “Mycophilia: Revelations From the Weird World of Mushrooms” (and the keynote speaker at Oregon’s upcoming funghifest says, “There is a lot of waste associated with trucked, prepackaged, and prepared foods.”

Bone combines her Mediterranean paradigm and palate with American innovation. “What ‘The Kitchen Ecosystem’ does is show you how to reset your approach to cooking, one that is based on using the whole food, of eating some fresh, preserving some, using the preserves, and using the waste stream, but with some ideas to help you accomplish this in the 21st century.” It’s the kind of change that can move mountains.

For National Pasta Month, Bone and her father Edward Giobbi offer plant-based perfection with "this Sicilian recipe traditionally made with fresh almonds. Fresh almonds are quite creamy. In order to get that soft quality, we've added a little almond milk. This is a very saucy, rich dish," says Bone. "So rich it does not need cheese."