Salvation Is Closer Than You Think

Don’t let this be you. While seasonal despair can take hold as the calendar flips from August to September, there is balm in Gilead. We’re still reaping the pleasure of summer’s harvest, so don’t let time and green market goodies slip through your fingers. Salvation can happen, but some of it has to come from you.

If preserving food seems impossibly quaint, we once did it as a matter of course, not in Biblical times but less than a century ago. If it’s any comfort, it was just as challenging then. The food shortages of the Depression and World War II compelled Americans to grow produce at home and struggle with preservation techniques like canning and drying. Three generations years ago, making use of what’s at hand and what’s in season was heralded as patriotic. Now it’s green. Call it what you will, it’s worth doing. It saves money, saves food, and doing it now means saving all the sweet flavors of summer. And we have an advantage our grandparents didn’t have. It’s called a freezer.

It's summer. Make the most of what’s in season, including that dynamic African duo, okra and black eyed peas (the legume, not the band). Click To Tweet

Make the most of what’s in season, including that dynamic African duo, okra and black eyed peas (the legume, not the band). Okra and black eyed peas were born to thrive when it’s hot and can also survive the freezer. Cooking up a big pot of black eyed pea and okra stew means enjoying bright summer flavors now and long after your summer tan has faded. Freeze the leftovers then pull your ready-made meal out some miserable night in October when the idea of cooking reduces you to tears. 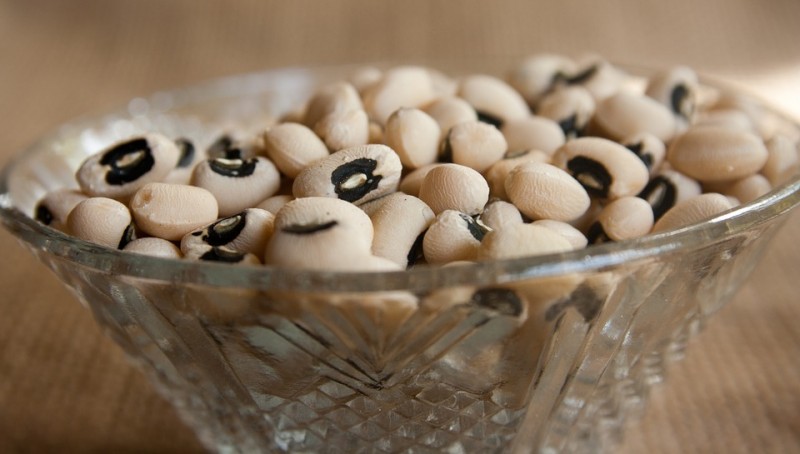 Black eyed peas, also known as cow peas, are as cute and curvy as BEP’s Fergie. Tan with a stylish black speck or eye, they’ve got all the beany basics going and are a great source for protein, fiber and iron. Okra is rightly beloved in Africa and other sultry-climed places including India, where they call it ladies’ fingers. Here, it needs better p.r. The truth is, a bit of acid (lemon juice or vinegar) turns okra tender, with no slime factor. It’s rich in folate, fiber and vitamin A, and though it lacks the same glam factor, it’s kin to another hot-weather thriver, hibiscus.

You can honor Africa’s edible exports and its foodways, too. African culinary heritage relies on vegetables more than meat and tilts towards local rather than global. Warming spices including coriander, cumin and cinnamon transform cheap, local, simple ingredients into something greater than the sum of their parts, resulting in a meal as sumptuous and sensual as as day in the sun. Speaking of which, you can put this stew together in stages over a couple of days and never miss a moment of beach time. 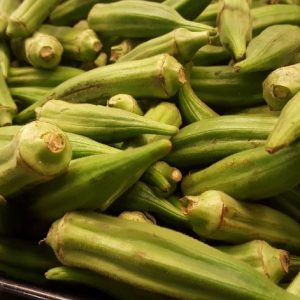