June is the season of weddings. Here’s to vegan couples and vegan weddings.

You’re both young, hot, meatless and madly in love. You decide to live happily, meatlessly ever after. Congratulations. But first, the wedding.

“What we were celebrating is us and our life, and our life was going to be a vegan life,” says Miami schoolteacher Jenny Silveira. “I wanted to have a vegan wedding.”

This did not go down well with her meat-eating family. “Oh, my gosh, they hated it. They were insisting on feeding everybody else meat and having two special vegan dishes for my husband and me,” she says. “I couldn’t justify supporting the industry that slaughters animal, destroys the environment and does other terrible things with the money I was going to spend on the wedding. I couldn’t picture it. I wouldn’t allow it.” 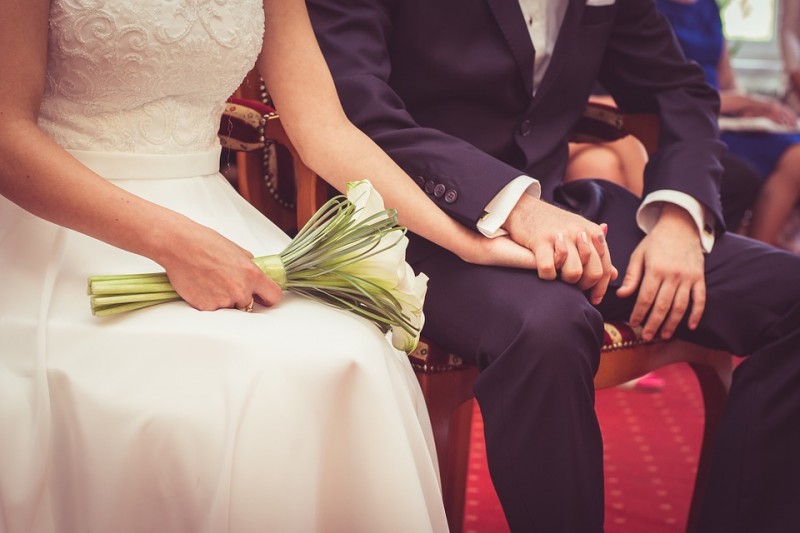 With the typical wedding stress levels already ratcheted up, Silveira and fiance Brian Ray sought out strictly vegan caterers. They are thin on the ground in meatcentric Miami. That is to say, they do not exist. Silveira called around to other caterers, asked if they’d do a plant-based party. “Some didn’t know what vegan meant. A lot just didn’t respond, which I felt was strange — they were turning down business.”

Then a friend who’d just attended a reception with exceptionally good eats put the happy but hungry couple in touch with the event’s caterer.

“I took it on as a challenge,” says Fare to Remember‘s Sarah Davidoff. Though not vegan herself, she believes everybody deserves to party. “I don’t think your food choices should mean you can’t enjoy an event.”

“Sarah actually has a background in vegetarian, vegan and macrobiotic cooking. She knew what she was doing. She gave me an incredibly long list of possible things she could do for me,” says Silvera. “It was refreshing, exciting.”

But for Silvera’s nonvegan parents, it was torture. “They kept trying to talk me out of it — until the day of the wedding. ‘How are you going to do that your guests?’”

“It needed to be delicious and fun, not weird or scary for nonvegans,” says Davidoff. What I didn’t want was fake food, like veggie burgers. I wanted to take really good products and highlight them.”

Rather than focusing on making vegan food per se, she culled through favorite Mediterranean recipes. “So many of them are already vegan. Like stuffed eggplant — delicious and completely vegan. It was easy to come up with menu ideas.”

She and her staff prepared the spread for a hundred guests and Davidoff herself made sure to be onsite at the reception. She came armed with stuffed eggplant, “ready to do damage control” with a potentially hostile crowd. All she got were raves and requests for seconds. Vegan and otherwise, “everybody ate a tremendous amount,” says Davidoff. Even the brides’ wary family. Even the bride and groom.

“A party where we could eat everything — it was crazy. Spring rolls, samosas, corn fritters, fried mushrooms — all the appetizers were just delectable,” recalls Silvera. “And the gnocchi were just amazing.”

Davidoff veganized the gnocchi, which often contains eggs, and served it with wild mushrooms, spinach and sundried tomatoes. She and her staff also veganized the wedding cupcakes.

“My dad had about five,” says Silvera, laughing.

The vegan wedding feast hasn’t made the groom’s new in-laws into meatless true believers, nor has it converted Davidoff, but she’s catering another vegan wedding and feels working with Silvera and Ray has her more mindful. “It’s amazing what diet can do,” she says. “It makes you look at what you’re eating.”

If you’re thinking of a vegan wedding, Davidoff recommends having a good sense of knowing what you want when you plan — how elaborate you want the reception, how much you want to spend. The good news is, vegan receptions are cheaper. “The protein is your most expensive item,” she says. “The protein we were using was tofu.”

“Research,” says Silveira. Find out exactly what the caterer will — and won’t — provide. Taste dishes from the proposed menu before you commit.

And consider arranging for a bridal doggie bag for after the reception. “We got to take home the leftovers, too,” says Silvera. “It was great.” 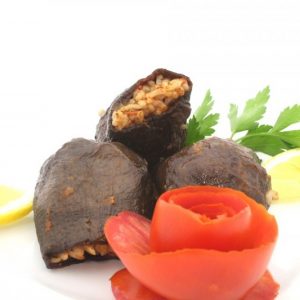