Ben Hewitt is the author of The Town Food Saved and a farmer in Cabot, Vermont, population 1,000. I’m a food writer and sustainable food advocate in Miami, Florida, population 2.5 million. Neither of us, given our chosen professions, are exactly raking it in. Yet we each consider ourselves rich. We each belong to a community where the food that’s grown not only nourishes those who eat it but helps support the local economy.

In The Town That Food Saved, Ben writes not about Cabot but about his neighboring town of Hardwick. With a population of 3,200, Hardwick’s a metropolis compared to rural Cabot but it’s still small enough to be a place where everyone knows each other. When I met Ben at a nearby coffee shop (not Starbucks), he knew everyone there.

Hard-hit by low income and high unemployment, Hardwick has been seeing signs of life, hope and cash thanks to a handful of entrepreneurial local food producers. While Ben would have loved to portray Hardwick as truly saved by the food it grows, he’s a more honest and honorable writer than that. “It’s not a done deal,” he says. “It’s not so easy to tease out localized food. It’s harder than we think. And way better for us.”

Local in Hardwick means a couple of miles. In Miami, we have to work on a larger scale. Farmland is largely down south and the majority of the population is sprawled out all over creation for 50-plus miles. But local, by any stretch, beats the model of centralized, industrial food. It requires less carbon, less petroleum to get to you, because it’s not transported from Chile or even on the other side of the country. It has a vibrancy you can taste, because it’s grown right where you live. And when it stays right where you live, “it has the potential to create community and economic resilience,” explains Ben. Local produce is often cheaper than industrial produce and, for every dollar spent at a big-box chain supermarket, “twenty cents is going to go stay in your community.” That same dollar spent on a local product means “sixty-four cents is going to stay in the community.”

Keeping money close to home is great but encouraging a thriving local food system offers an even greater bottom line. “It’s exciting to bring things back to a community-oriented level,” Ben says. “It’s a connected way of being.”

For Ben, who grew up in rural Vermont, “that sense of interconnectedness is almost a given.” No wonder he feels rich. It’s something we in big, glitzy Miami would like more of a taste of. Last week, 150 of us gathered to help strength our own local food community. Organized by the local nonprofit Earth Learning and sponsored by local organizations including Miami-Dade College, it was a fabulously home-grown affair. It brought together people of all ages, all ethnicities, every kind of talent and interest — growers, environmentalists, producers, policy wonks, nonprofits, eco-entrepreneurs, civic organizers and enthusiastic eaters both vegetarian and otherwise.

Miami is over a thousand times bigger than Hardwick and Cabot combined, but for Mario Yanez, one of the summit’s organizers and a grower of kick-ass lychees, that means greater opportunity. “The more connections we have, the more initiatives there are, the more diverse, the stronger and more resilient our community,” he says.

Miami’s local food summit participants are working to launch new initiatives on everything from community compost to ensuring every school has its own vegetable garden. It’s good for the economy, good for the community and as Mario says, “You can’t have healthy people without healthy local food.”

Getting local food to local people in Hardwick’s a lot easier than it is in Miami. The connections already exist, the distance from field to table is shorter. In Miami, we’re working together to close the gaps, to give everyone access to the bounty that’s grown here. In the swelter of summer, that means Mario’s luscious lychees, it means blueberries, avocado and mango.

I feel rich when I enjoy succulent local produce that my friends and neighbors grow. Like Ben in Vermont, I feel “a really deep gratitude.” It’s not just about mangoes and lychees, it’s not just about local food. As Ben says, “It’s about communities, it’s about connection and being involved.”

Wherever you live, wherever you are on the scale, it’s time to come forward, to create a dynamic local food community — whatever size your community is. 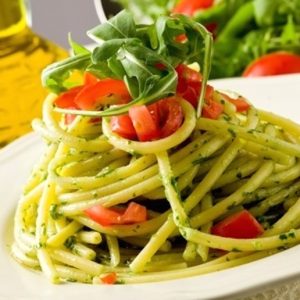