You are here: Home / MAIN COURSE / City of South Miami Beans With Fennel

Meatless Monday in the City of Pleasant Living

This rather fabulous black-eyed peas with fennel is just the ticket for Wednesday, Global Pulse Day, a world-wide celebration of dried beans. Enjoy it wherever you are, even if you’re not in the City of Pleasant Living.

To start the new year off right, a true story in which the seemingly impossible comes to pass — and in my ‘hood, of all places. Sprawling Miami-Dade County may be best known for Miami, where I live, but it also encompasses numerous other municipalities, including the City of South Miami. Known as the City of Pleasant Living, this small burb of 12,000 residents has in its own small and pleasant way, created big impact — it’s officially proclaiming Mondays to be meatless. 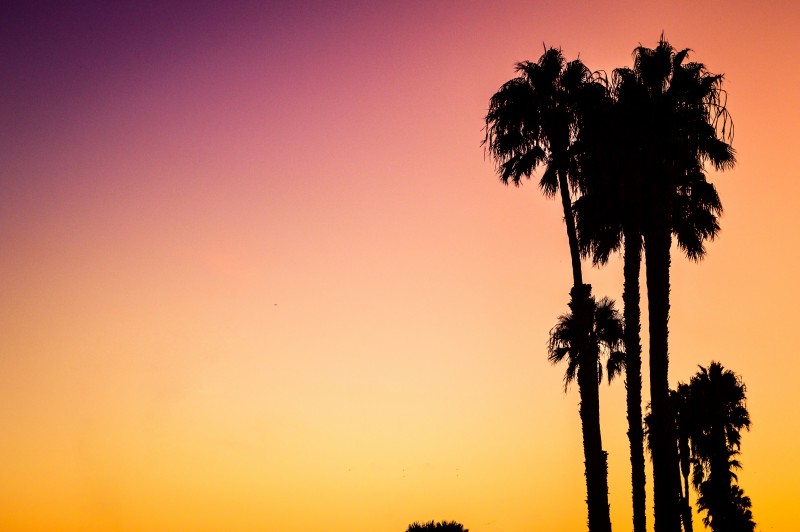 City of South Miami. Known as the City of Pleasant Living

It’s part of Johns Hopkins’ Meatless Monday campaign, which encourages starting the week with a little less meat, a little more good health and compassion. It’s a reminder that eating less meat on Monday — or any day — has big personal and global impact.

“I am an omnivore but I’m cognizant of animal welfare and carbon emissions,”says South Miami Mayor Philip Stoddard. “I’ve been reading over the years of the carbon costs of meat production. It’s become an increasing concern of mine.”

Stoddard’s not just the mayor, he’s a zoologist, a professor of biology and an environmentalist who’s posted a composting video on Youtube. Still, Meatless Monday wasn’t his intended mayoral legacy or even on his radar until a new Miami resident approached him about it. “I have to give the credit to Jessica Spain,” he says. “This is really a cause with her.”

A longtime vegetarian, Spain had been working in Africa and India, advocating on behalf of refugees. Returning to the United States in 2010, she became aware of farmed animals’ “plight of misery, confinement, suffering.” Spain became an instant and ardent vegan, changing her focus to “waking up as many people as possible to the health myths, planet toll, and gorgeous cruelty-free eating options” that’s all part of being vegan.

Spain works part-time at Choices, my neighborhood vegan cafe but I’ve never seen her there, because most of the time, she’s busy advocating on behalf of animal rights organizations including Compassion Over Killing. She’s so devoted, she moved from Los Angeles to Miami last year as part of her meatless mission.

“The work of vegan education is monumental and endless anywhere, but I thought I’d be more effective here,” she says. “The messaging hasn’t gotten through as much as in other big progressive cities.”

To start the new year off right, a true story in which the seemingly impossible comes to pass — and in my ‘hood, of all places. Click To Tweet

Stoddard agrees. “People need to see the message over and over again.” As a zoologist, “I think of animals and their experience of the world a lot, that informs and directs my behavior.There’s a lot of pain and suffering out there we create and we’re not aware of.”

He can’t, of course, enforce Meatless Monday citywide, but he and his family enjoy meatless meals at home dring the week and have done long before he cast the tie-breaking vote to adopt the Meatless Monday resolution. He’s not trying to set an example exactly. “What I’m trying to do is get people to think. That’s how change comes about.”

Will Miami follow the lead of the City of Pleasant Living and adopt Meatless Monday? It’s a work in progress, or as Spain diplomatically puts it, “Miami is emerging.” Still, I never thought I’d see any part of Miami joining the Meatless Monday ranks of Washington D.C., Los Angeles and San Francisco.

“That’s why I put it on the agenda,” says Stoddard. “We’d like to join with the other cities in our nation and across the world that have already urged their citizens to think about these things.”

Mayor Stoddard’s meatless meals trend towards rice and beans. Spain is into Chef AJ and what she calls hippie bowls of grains, beans and greens. Well, these are things I know something about. I always make a big pot of hopping john, that New Year’s Day tradition of black-eyed peas and rice. It promises health and wealth and luck and it tastes terrific. I had some extra black-eyed peas this year and used them to make this bean stew fragrant with fennel. Fancy on the table, easy in the kitchen, what’s not to love? 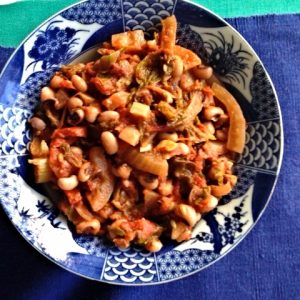