The Doctor Is In

Get ready for Cinco de Mayo with this black bean soup recipe.

“Eating is complicated,” says Dr. Annemarie Colbin. Or maybe it’s just us. Colbin, founder and chairman emeritus of Natural Gourmet Institute understands that.”Human beings are complex creatures. We have many levels, many details, many of which are contradictory.”

One diet doesn’t work for everyone. Or even for one person during a whole lifetime. What we want and need to eat is constantly in flux. “It changes,” says Colbin, author of the seminal book, “Food and Healing.” “It depends on the time of your life, how your body’s made up, how it changes, your emotional ups and downs.” 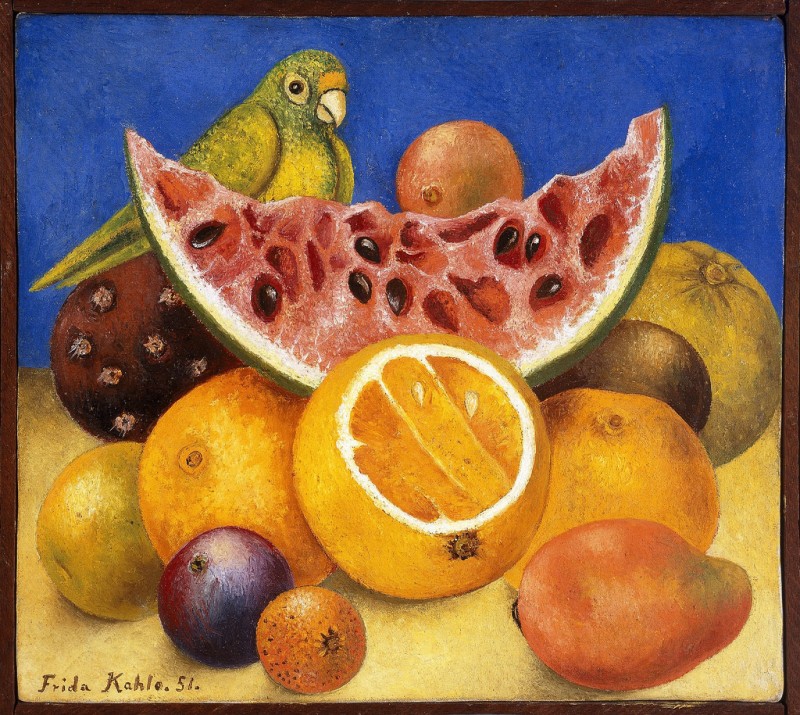 Natural Gourmet Institute follows that kind of sanguine, sane approach. You can take classes relating to food and health, like the new Cooking for Kids (and Adults) With Allergies or go for the culinary gusto with a class on Indian cuisine or go pro. The school, the oldest of its kind, is the only natural foods cooking school to offer an accredited chef’s training program. NGI grads include “The Conscious Cook” author Tal Ronnen, who cheffed Ellen and Portia’s vegan wedding reception, Alex Jamieson, who detoxed then-husband Morgan Spurlock after “Supersize Me,” and Amanda Cohen chef of New York’s meatless mecca, Dirt Candy. They’ve taken plant-based cuisine far beyond the lackluster steamed vegetable plate — about the only restaurant menu option available when Colbin opened NGI. They’ve made it delicious. NGI’s stellar instructors include Peter Berley and vegan chocolate queen Fran Costigan. With over 250 public classes, Colbin’s school offers something (meatless) for everyone.

The health aspect comes first for Colbin. It always did. The full name of her Manhattan academy, launched in 1977 is Natural Gourmet Institute for Health and Culinary Arts.

What we want and need to eat is constantly in flux. It changes. - Annemarie Colbin Click To Tweet

“I grew up with the understanding that food has something to do with your health,” she says. “Even as a girl, I was interested in eating healthy.” What especially interested her is how broadly that’s defined.

Born in Holland, as a child Colbin understood healthy eating to be “garlic, parsley, yogurt, whole grain bread” — the European model. When she married, she and her husband followed a macrobiotic diet, in which healthy means “brown rice, miso soup, adzuki beans, seaweed” — the Asian model.

So which is right? All of the above.

Colbin began the school in her own kitchen, teaching “how to make delicious, healthy and well-balanced vegetarian meals.” She had no business plan, no money. Friends thought she was nuts. But her timing turned out to be good. After years of people on meat and processed foods, “everybody became more and more unhealthy and looking how to help themselves.” They started turning to Colbin. Focusing on food for healing, she’d teach half a dozen students at a time and feed them lunch, too. “It was like I had a party every week.”

NGI is still a party, but now with 200 students, it long ago outgrew Colbin’s apartment and moved to its current location. Now 70-something, Colbin’s passed on the baton to NGI’s new CEO, Anthony Fassio. Colbin’s still a vital part of the school she began in her kitchen, though. She’s on campus several days a week. She’s still interested in how what we eat affects how we are.

“One of the things that interest me is the issue of balance. I did my whole doctorate on food and systems theory, rather than food as nutrients, which is chemistry. It’s complicated,” she says, but then again, so are we.

“Our worst problem is having to choose,” she says. “The question isn’t what do you eat but how do you live your life and is the machinery working so you can contribute properly.”

Colbin leaves it to talented NGI grads like Tal Ronnen to create dishes like artichoke and oyster mushroom Rockefeller. Colbin is into basics. “It’s the grains and beans I found interesting,” she says. “If you eat grains and beans a basis for vegetarian eating, you don’t go looking around trying to stuff yourself.”

Here’s a protein-rich black bean soup for you, Dr. Colbin. And for everyone else, too. Dried black beans, slow-cooked are creamier to eat and cheaper than the canned ones. The canned ones are, of course, quicker. Your call. 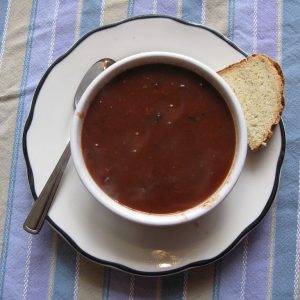