It’s Rosh Hashanah, the Jewish new year. Make caring for the earth one of your new year’s resolutions.

In the beginning, the Bible says, God created the heaven and the earth. And it was good. Really good. Earth’s natural bounty blew us away — lavish forests teeming with wildlife, fertile soil, clear skies, clean, flowing water and all of it so abundant, it seemed to go on forever. We didn’t think of the ecological health of the planet because it never occurred to us. The earth was our oyster, our playground. Thems was good days.

Then we started to see more than a few signs the earth was changing. It occurred to us it wouldn’t last forever. We’d get around to fixing things, we said, just as soon as we crossed off a few other items on our To Do list. Centuries passed.

If it’s any consolation, concerns about conservation and pollution date back to the dawn of civilization. You think we’re mucking up the environment? Rampant deforestation did in the Middle East 6,000 years before Christ. You’d think we’d learn. We didn’t.

Fast-forward six millenia or so to the Roman Empire. Those guys? Total pigs. Massive overpopulation, big deforesters, rotten conservationists. They mined lead like maniacs until it leached into the soil and water and poisoned people. Not so smart for one of the so-called great civilizations. The Roman Empire did itself in. We could learn from this.

I could go on through history, but basically, we’ve been botching our role of planetary custodians since we got the job. All through the centuries, though, brave men and woman have been battled to protect our natural resources. Some did it by holding our feet to the fire, making us accountable, others by making their voices heard, by awakening us to the beauty the planet and the risks it faces, still others by initiating change in environmental policy or practice. Every way is good. Often these people have caught grief for their actions, been branded nutters and downers. They shrugged it off. They were motivated by something bigger — a deep, abiding love of the planet. 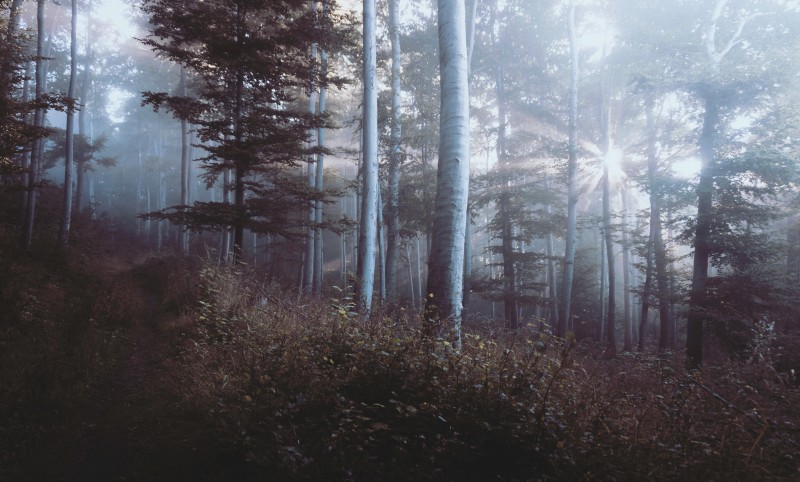 The earth can live without us. We can’t say the same.

Now it’s our turn. We’ve been given custody of the earth and it’s time we kick butt and take names. It’d be nice if the governments of the world would do this for us. Copenhagen showed us not to hold our breath. Turns out Gandhi, one of my favorite green guys, was right — we’re going to have to be the change we want to see in the world. Yeah, something else on our To Do list, but look, we have a huge stake in this. Eviction isn’t an agreeable option.

The earth can live without us. We can’t say the same. So it’s in our very best interest to care for this amazing place. However, it’s hard to care for the earth without a bond with it. The connection between man and nature has always been vital, but we need to honor it now more than ever.

As we enter a new year, a new decade, tap into the same love for the planet environmental avengers of yore felt. Go ahead and hug a tree, if you’re that way inclined. If you’re less demonstrative, that’s fine, too. But feel the love. Love’s got a lot going for it. Love energizes. Love casteth out fear, to throw in another bit from the Bible. And fear is so last decade.

Feel the love by cruising the farmer’s markets. Choose local, sustainable produce over commercially grown, even if it costs a little more. Join one of your community’s green initiatives. Eat fab food, meet cool people. Resolve to do one good thing for the planet and yourself every week — the earth will love you for it. 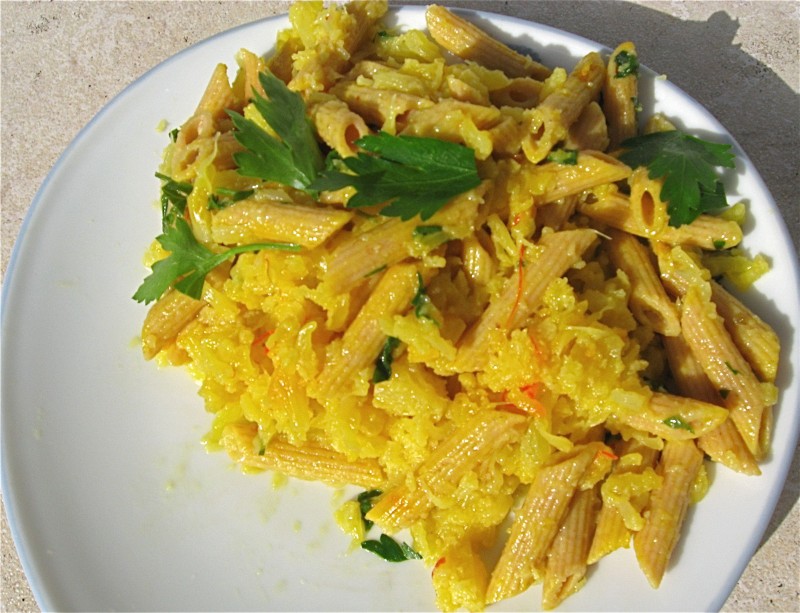 I hope you love this pasta dish — it’s quick, delicious and earth-friendly, using every bit of the cauliflower, no froufrou florets, no waste. The cauliflower, a great winter vegetable, becomes the sauce itself. The saffron is a bit of a splurge, but adds incredible richness and makes for a golden start to the new year.

*Note to nonvegans, you can also use brown butter instead of olive oil, which makes things quite luscious indeed.