You are here: Home / VEGAN OF THE MONTH / Vegan of the Month Club – Victoria Moran

Hanging Out At The Intersection Of Magic And Main Street 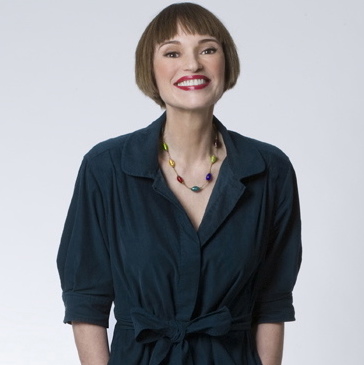 “Being vegan is a glorious adventure. It touches every aspect of my life — my relationships, how I relate to the world,” says Victoria Moran. Head and founder of Main Street Vegan Academy, Moran is the author of books including Main Street Vegan and Good Karma Diet, plant-based guides where spirit meets stomach and magic meets Main Street.

Magic for Moran is not a sprinkling of fairy dust, it’s potential, possibility, the interconnectedness of things. “Everything is connected,” she says. “The way I treat myself physically is going to affect how I feel about whether I want to get up and go to the gym, if I can sit and meditate for twenty minutes or if I’m going to be all squirmy.”

Moran grew up in Kansas City, during the heyday of processed food and fad diets. As a girl with weight issues, she tried them all. The daughter of a diet doctor father and a mother who ran “reducing salons — precursor to gyms,” Moran “was bad for business,” she says. “It was always a struggle.”

Her struggle strengthened her determination to find a better way. Moran studied food and nutrition and discovered “all of the best foods, with the most nutrition per calories — I’d never had them.” She couldn’t even pronounce them. “I thought kale was pronounced kah-lay.” She’s been into kale and off meat since her teens and vegan for almost thirty years.

Becoming vegan “is so much easier now, there’s so much more support for it.” On the other hand, “we’re eating more junk food in more absurd portions. If you want to be the kind of vegan who glows and ages amazingly and who doesn’t have weight issues, then you’ll be eating lots of greens and berries, big salads with onions and mushrooms, which are wonderful phytochemicals, and not so much processed food.”

Moran’s daughter Adair shares her mother’s way of eating — she’s been vegan since birth — but is less into magical, more into practical. She joined forces with Moran in writing Main Street Vegan. Subtitled Everything You Need to Know to Eat Healthfully and Live Compassionately in the Real World, it addresses big, magical issues like ahimsa, the Indian term for compassion for all species (including humans) as well as basic vegan how-tos, including recipes for cool vegan cocktails.

Working with her daughter “was just so much fun,” says Moran. “One thing I see in her and lifelong vegans, she doesn’t have any axes to grind. They don’t have this urge to change anybody else.”

Like mother, like daughter. Moran can cite vegan statistics — “a vegan saves 209 animals a year” — but she’s not messianic. “I have a highly developed cult radar. If anyone’s the least bit pushy, I’m no thank you. I don’t want to be like that about this.” Want to further the vegan cause? Shut up and lead by example. “The best thing you can do is bring good food to potlucks and be healthy and vibrant and lively.”

Moran advocates making the switch to vegan by taking small steps rather than by radical change. Click To Tweet

Moran advocates making the switch to vegan by taking small steps rather than by radical change. “Enjoy your food, enjoy your life,” and make sure your diet always includes a healthy serving of magic. “Life would be very dreary if there were no magic,” says Moran. “If the real world were only that veil of tears, I just don’t think could get up in the morning.”

As her book’s subtitle suggests, though, Moran lives in the real world. “Being vegan is not the key to immortality. We’re all going to get sick and die. But to know you’re living without harming? That’s the loveliest feeling.” 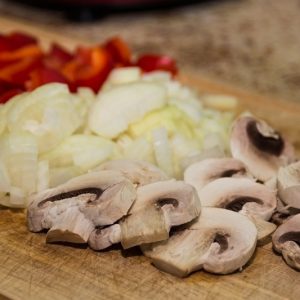 Here’s a phytochemically fab salad that uses the technique of “cooking” food in citrus. It’s super refreshing for the start of summer and keeps for several days in the fridge.
Print Recipe Pin Recipe