You are here: Home / DESSERT / VEGAN OF THE MONTH: JASMIN SINGER 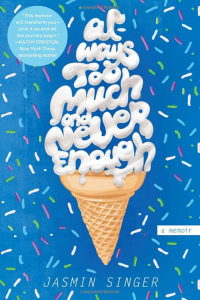 So proud of Jasmin Singer of Our Hen House and her loud, proud new memoir, Always too Much and Never Enough

Meatless Monday: Our Hen House’s Jasmin Singer and the Art of Defiance

What would make you change the way you think, the way you eat? For many, the answer is Carol Adams’ 1990 eco-feminist work, “The Sexual Politics of Meat.” In “Defiant Daughters: 21 Women on Art, Activism, Animals and the Sexual Politics of Meat,” a new generation discusses how Adams’ manifesto became their catalyst for change. One of those defiant daughters is Jasmin Singer, executive director and co-founder of Our Hen House, the nonprofit dedicated to changing the world for animals. 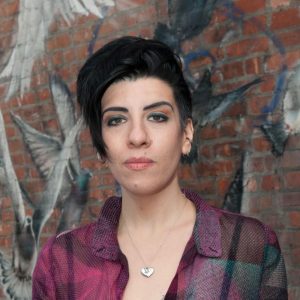 For Singer, Adam’ book goes far beyond agitprop. “It’s something more — a type of found art, a way of ‘flipping the bird’ to a society that is largely asleep.” Singer, who contributed the anthology’s essay, “Found Art, Found Hope,” is a vegan lesbian who’s long been drawn to “the inexplicable, otherworldly power of art — especially when it comes to art that creates social change.” In blogs, videos and in her “Defiant Daughters” essay, Singer transmutes her own personal experience into a means of exploring the connection between animal rights and oppression, whether we’re talking animals, women, gays or transgender. She makes defiance into art.

In “Found Art, Found Hope,” explains Singer, “I used my date rape to discuss dairy cows being repeatedly forcibly inseminated on a machine that the industry (not the activists) call a ‘rape rack.’ I compare my adolescent cutting, and adolescent breast reduction, to what Carol Adams calls ‘body chopping’ — which is when fragmented pieces of women (their thighs, breasts, etc.) are used in advertisements for meat.”

Singer’s approach is bold, and not always easy. “I feel a little naked, to be honest. But I’m okay with this vulnerability,” she says. “When you allow yourself to be seen in your true form, with all your flaws and doubts, others feel empowered to see the world as it truly is.”

You don’t have to be an artist — or be arrested for civil disobedience — to be an activist. “Write letters to the editor in response to an unfair story, spend lunch breaks leafleting, bake vegan cupcakes for co-workers, hand them out with a ‘Why Vegan?’ brochure and a copy of the recipe.” She has a weakness for vegan cupcakes. You can forgive her. Much of what she sees isn’t sweet.

“The biggest challenge in what I do lies in the faces of the animals who haunt me at night,” says Singer, who recently toured a primate testing facility. “When it comes to changing the world for animals, there is a huge bumpy road ahead of us. When you’re an animal activist, you fight and fight and fight. And yet, despite that, I have hope. People who care about animals and social justice are everywhere. And the ones who remain unsung are at the heart of the movement and are my heroes.”

You can be a hero, too, just by choosing to eat meatless. “In a time when people pride themselves on looking deeper into things that are unjust, and standing against hypocrisy and unfairness, it’s time we looked a little closer to home. We can start with the fridge.”

Our Hen House offers 10 Tips for Shifting to a Plant-Based Diet, including connecting with local or online vegan communities, “learning the truth about so-called ‘humane’ meat products” and having fun. There’s a lot to enjoy and embrace – this is about abundance, not deprivation,” she says. “Delicious vegan food is everywhere.”

Singer is tireless in her efforts to fight for gay rights and to change the world for animals (Our Hen House’s motto). Change is hard but change is possible, says this defiant daughter. There is an art to it. It takes “guidance, a gentle nudge, and perhaps a wickedly delicious vegan cupcake.” 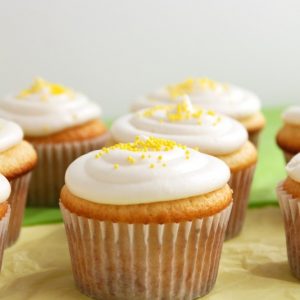