You are here: Home / MAIN COURSE / Charmed, I’m Sure 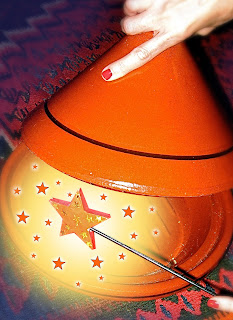 I have always been a hard sell when it comes to magic. Back when I toggled my first loose baby tooth, my parents explained about the Tooth Fairy — your tooth falls out and the Tooth Fairy appears while you sleep, takes the tooth and pays you for it (your original Cash for Clunkers concept). I looked at them, smiled coolly and nodded. I didn’t believe a minute of it. I was over magic by the time I was five. Kind of too bad, but that’s the way I’m made. I didn’t burst my parents’ bubble. The idea of the Tooth Fairy seemed to make them so happy, and I didn’t object to handing over my teeth in exchange for the coins my father left by my bed.

Several years later, my adult teeth affixed firmly in my head, I’m beginning to believe magic isn’t such a bad thing and might, even, in fact, exist. Paul Bowles defined magic as “a straight connection between the world of nature and the consciousness of man, a hidden but direct passage that bypasses the word.” I might add it bypasses the eye, too, unfolding within its own damn time frame which is not necessarily ours. Perhaps that’s why we say a watched pot never boils, because though there’s science behind cooking, if the end result is any good, there’s magic’s involved, too.

It may also be why with Joe Meno’s otherwise excellent novel The Great Perhaps and with the film Henry Poole Is Here, two works about belief, magic, transformation, the whole shebang, the pivotal moment, the sea change, felt false or even forced to me. As with the Tooth Fairy, I wanted to believe, but I didn’t. Magic is not interested in proving itself to you, it just happens. I mean good magic, white magic. The other stuff — when the roof leaks or your honey dumps you or the doctor says pathology, that to me isn’t magic. That’s life doing its best to bleed magic right out of you. Magic can happen despite that stuff, but you can’t set your watch by it. Like H1N1, it comes, it goes.

Maybe magic is Blake’s energy, eternal delight. I see magic with P, who makes art, and with S, who makes bread. Sometimes I’m even capable of magic myself — more often, my husband says, than I realize. I certainly wasn’t capable of it at three this morning, in a knot of insomnia-induced dread (see previous post). Magic does not come on demand. It cannot be forced — God knows I’ve tried. It can sometimes, however, be coaxed.

Ritual helps — you know, indulging in the notion that something you do or say or wear can affect change. This is known as magical thinking, a rather sparkling term made famous by Joan Didion’s memoir The Year of Magical Thinking. Magical thinking is probably a mild form of delusion. I see nothing wrong with this. Magic comes with surrender, with infatuation with possibility, with being loose and giddy right up in life’s ugly little face.

And if magic is being coy or annoyingly elusive, the next best thing is to appreciate it and be grateful for it when it comes. This is what I tell myself, anyway. Then I curse and make dinner. 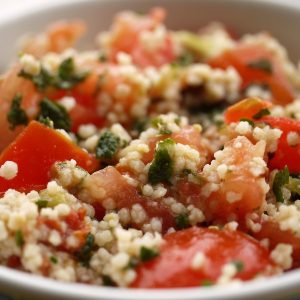 Most Moroccan tagines take hours. The transformation that comes from slow-cooking is part of their magic. You can make this one, with very few ingredients, in minutes and you don’t even need a tagine. That is its own kind of magic. Freewheelingly adapted to the point of being unrecognizable, its origins can be traced back to a recipe by the oh-so-magical Paula Wolfert. Enjoy over whole grain couscous or quinoa. Also very nice stuffed in a pita.
Print Recipe Pin Recipe