“Me thought I heard a voice cry “Sleep no more!”

Oh, jeez, Macbeth, you, too? Even those of us who haven’t killed a king have insomnia issues. There’s not one, but two types of insomnia, both of them bite. There’s your not-being-able-to-fall-asleep-at-all, bad enough, but the other is the really diabolical one. Falling asleep’s no problem, but then shortly after, you wake with a sense of panic and the knowledge you have ruined your life.

There is no redemption, no hope and let’s not even talk about going back to sleep. You just lie there rigid and brood or turn over and over like a rotisserie chicken. Your overwhelming sense of dread may fade with the coming of dawn, but it does not, let us say, make for a good night. In insomnia parlance, this is known as fragmented sleep.

I’ve been there. Often. Most of the people I hang with have, too. We talk melatonin, tryptophan, serotonin. We talk warm milk, scotch, Ambien. We have lots of time for talk, because we’re not sleeping.

There’s a reason sleep deprivation is used as torture, or as we call it these days, enhanced interrogation. Lack of sleep breaks you down, it produces serious cracks in your personality and dents in your reasoning. It also screws with your brain chemistry, including interrupting the flow of leptin, the neurotransmitter that lets you know when you’re full. Lose enough sleep and you overeat, don’t eat anything or eat crap.

If it’s any comfort for those similarly afflicted (and it’s probably not), this complaint is not new. It is not a byproduct of the terrible modern life we lead. According to my excellent friend, a former seminarian, the “Lucernarium,” a Matins liturgy dating back to the Middle Ages. contains the line, “Éripe nos de timóre noctúrno.” Translation: Deliver us from the terror of the night. Through the miracle of modern science, we now understand that terror as the chemical imbalance occuring around 3:00 AM, when your serotonin levels have tanked and you feel vulnerable to just about anything.

So how do you avoid insomnia? Good question. My friends and I pass on the latest tips and very little seems to do any good. Among the advice handed out by smiling experts:

Chamomile tea, if you recall your Beatrix Potter, is the little toddy old Mrs. Rabbit (why old? Because she had four kids?) gave naughty Peter after his misadventures in Farmer McGregor’s garden. “One teaspoon to be taken at bedtime.” 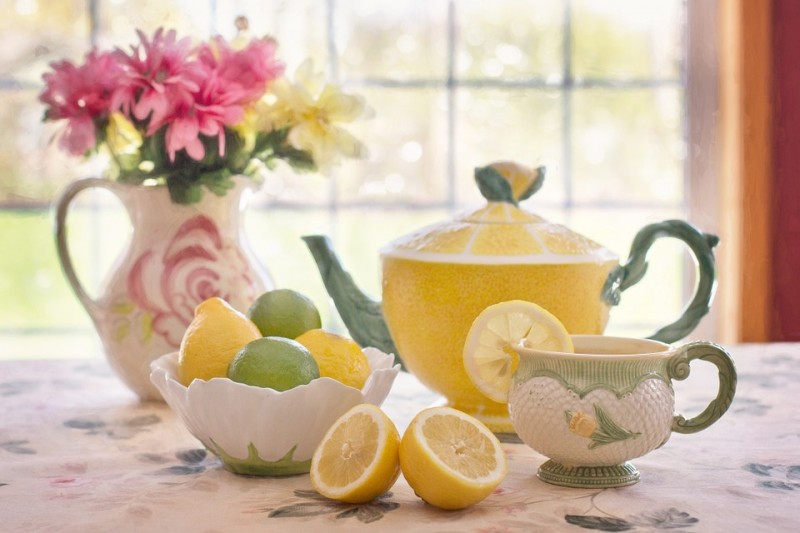 When you ask for herbal tea at a restaurant, chamomile is always the one they have. Why chamomile? It is a medically proven soother of nerves and a digestive. But it tastes to me of dust and just makes me anxious. This I do not need.

The other thing experts say just might lure you to sleep is to eat a light snack an hour or so before bedtime. Not just any snack, one that doses you with a little tryptophan, making you happy, relaxed and deliciously drowsy. That means a cocktail of complex carbs and protein. Bananas and apricots are a particularly good source, also nuts, both of which are, happily, vegan.

I came up with these apricot squares with an almond crust, a little nursery food for grownups, heady, gratifying and made with low-glycemic agave, so it won’t cause your blood sugar to spike just as you’re getting cozy beneath the covers. They taste pretty decadent for your healthier-than-average cookie. I’m not guaranteeing they’ll produce zzzzzs. But they won’t be among all the things you’re rueing while you’re lying wide awake at 3:00 AM.

Macbeth hath murdered sleep. I have probably massacred the Latin for 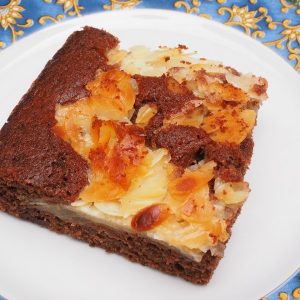 « The (Spaghetti) Wrestler
Charmed, I’m Sure »