Jesus, it is said, made wine from water and fashioned loaves and fishes from thin air. The rest of us must acquire foodstuff by more conventional means. But being Earth Month and all, I’m hoping miracles are on the menu.

I did not wake up on Earth Day feeling the presence of miracles, I woke up feeling jaded (a shade of green, appropriately enough). If everyone was as actively, consciously green as they say they are, we’d have our polar ice caps back. When Macy’s wishes us a happy Earth Day, I’d like to believe their good intentions, but considering they recently sacked 7,000 employees, my guess is they’re more concerned about saving themselves than saving the planet. 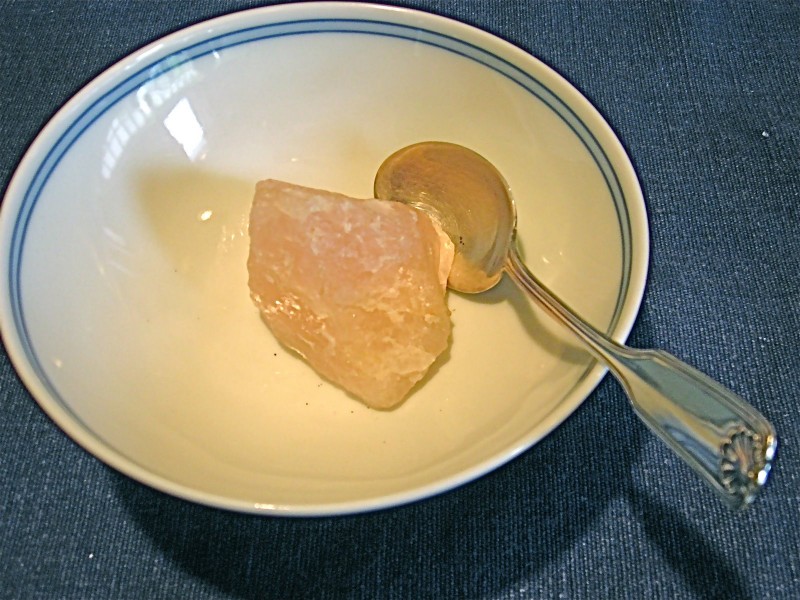 Making vegetable stock this afternoon, it dawned on me it’s possible to save ourselves and the planet and money, all at the same time. This is multitasking at its best — you get a head start on dinner, too. It’s a bit like the folk tale in which a stranger comes to a village (one of your classic plotlines, by the way). There’s been war, famine, poverty, in fact all the horsemen of the apocalypse have ridden through and it’s made the townsfolk a little less than friendly. They suggest the man move along.

Right away, he says, but I’d like to stop for something to eat first.

Good luck, they say. You won’t be finding any food here.

He smiles. No problem. Got everything I need with me. I’m in the mood for stone soup. He builds a small fire, fills a beat-up pot with water and drops in what he says in his magic soup stone.

Magic and soup are both appealing things to those suffering hardship, and within minutes, the whole ragtag village has assembled to watch. The man stirs the pot and smiles.

Love a good stone soup, he says. But you know what really makes makes stone soup special is a little bit of cabbage.

One of the villagers rescues a sorry-looking head of cabbage he was going to feed to his pigs and offers it to the stranger.

Great, the stranger says, adding the cabbage to the pot. You’ll have some soup with me when it’s ready, won’t you?

The villager is thrilled, also hungry. He agrees.

So, says another villager. What else goes into stone soup?

Carrots are lovely, says the stranger. Perhaps an onion, a potato, and I always like to add some greens like the ones you’ve got growing wild around here.

Pretty soon, every person in the village has anted up a vegetable or two. Everything goes in the pot with the magic soup stone, and it all comes together to be a rich, life-sustaining soup that feeds them all. No one eats the stone, either, which would make for a very bad ending.

The moral is, we are capable of sustaining ourselves but only by working together. Which brings me back to making vegetable stock, Earth Month and being green.

Rather than tossing scraps and the odd bits of vegetables leftover from cooking, throw them all in a bag, like a gallon-sized resealable. Put scraps in bag, throw bag in freezer. Add scraps every time you chop fresh herbs, peel an onion, tear up greens for salad. Carrot, tomato and potato peels, green bean tops and tails, cabbage cores, woody broccoli stems, slightly past-its-prime produce, everything goes in the bag. When it’s full and you’ve got a few minutes, it’s stock-making time.

Dump veggie bits into a large soup pot. Add a quart of water — a cup or two more if you’ve reached vegetable scrap motherlode. Put the lid on the pot, set the burner on high and let the water come to a boil. Turn off the heat, leave the pot in place for half an hour (or longer), you’re done.

Meanwhile, the veggie bits and hot water coalesce, providing gorgeous vegetable broth (omnivores can do the same thing by adding leftover meat scraps and bones, but I don’t need to know about it). Known as passive cooking, it may look like you’re doing nothing, but you’re making broth and saving energy, both yours and the electricity or gas necessary to heat the soup. Keeping on the lid means the heat doesn’t escape and does the work for you.

Let the mixture cool, then strain broth. Vegetable stock can be frozen until you’re ready, then use as the base for soups or stews or to add nutrients and flavor when cooking whole grains. Taste varies based on what goes into the broth. However, it’s always better than the purchased stuff. There’s no salt unless/until you add it. And you never have to lay out another penny for vegetable stock again. For extra points, compost cooked and cooled scraps, as long as there’s no animal amongst them.

In a world of green hype, making vegetable stock is really, truly green, good for the planet, good for you and something from nothing. These days, that’s miracle enough for me.

« Talking With Your Mouth Full
Lagniappe »