Veganuary — Your (Free) Ticket to Success

Happy 2019! According to statistics, January 1 is our favorite time to resolve to change our lives. The Law of Attraction tells us committing to one positive attracts more positivity, setting in motion a whole wave of happy changes. Take the Veganuary pledge, for instance. No, really, take it. Your pledge to eat vegan in January creates benefits for your health, for your karma, for the animals, for the planet. 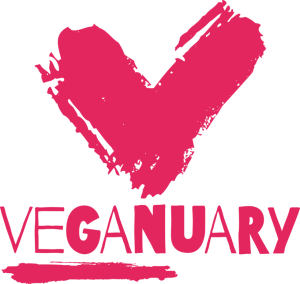 The fine print — only 8% of people making new year’s resolutions actually keep their promises. We get discouraged, we get distracted, we set the bar too high. Don’t worry, Veganuary, a comprehensive online resource for going plant-based, sets you up to succeed. Just ask creators Jane Land and Matthew Glover. The program itself already succeeded beyond their wildest dreams.

When Land and Glover, two animal-loving Brits, launched Veganuary in 2014, they had modest expectations. But after 3,000 people pledged to go vegan that first January, they knew they were on to something. They are. Veganuary has your back, giving you tools like vegan starter kits, motivation from Veganuary’s all-star ambassadors like Evanna Lynch (Luna Lovegood in the Harry Potter movies) and vegan triathlete Dan Geisler, plus a world of vegan recipes and news about the hottest, latest vegan products, trends and events. And it’s free.

Veganuary’s recipes and resources are great, but the support they provide is crucial. “Support is an important part of Veganuary’s work,” says Land. “We know many people return to meat-eating without it.” You’re not doing it alone. Support is key to meeting any goal, and is one of the reasons Veganuary continues to break records every year.

The nonprofit received 60,000 pledges — their most ever — in 2017. They’re looking to keep the vegan party going in 2018. Everyone’s invited, but Veganuary aims to get more men to participate. Among last year’s pledges, 88% were women, so guys, it’s time to step it up. In addition to saving the planet, the animals and your health, Land offers this little incentive: “There’s nothing sexier than a man who cares about animals.”

Land and Team Veganuary are “also hoping to increase our reach in the US again this year.” Do your bit, America. Veganuary is doing theirs. Boston commuters, catch posters from Veganuary’s special campaign in Boston’s subways through the end of Veganuary — um, January. 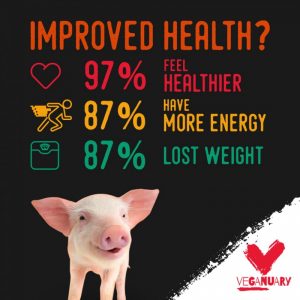 Take the Veganuary pledge to improve your health — 97% of last year’s pledges felt better as a result, and 87% gained energy and lost weight. Do it to protect the environment. Or, like Land and Glover, because you love animals. Or just because you love a challenge. Every reason is good. Veganuary aims to provide information and support whatever your motivation, whatever your goal. Everybody wins. 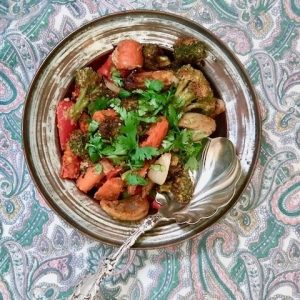 When Land and Glover started Veganuary, I learned that Glover is not only a fellow vegan, he’s a fellow curry-lover. In honor of Veganuary’s fifth anniversary, I’ve created this recipe for tandoori vegetables. Tandoori is a sumptuous recipe from India, with food marinated in a yogurt sauce and cooked in a tandoor, or round clay oven. In this easy vegan version, you don’t need the yogurt, you don’t need a tandoor, just a a standard oven, lots of vegetables and a few spices.
Print Recipe Pin Recipe

For the tandoori marinade: