My husband and I live next door to Spaniards on one side, Jordanians on the other, across the street from Jamaicans, Venezuelans and Swiss and down the block from an Asian family and a gay couple.  This to me is what America is.  So is The Immigrant Cookbook: Recipes That Make America Great.

The book includes contributions by culinary legends including Jose Andres, Joan Nathan, Daniel Boulud, and Anna Sortun and people you’ll be delighted to discover, like: 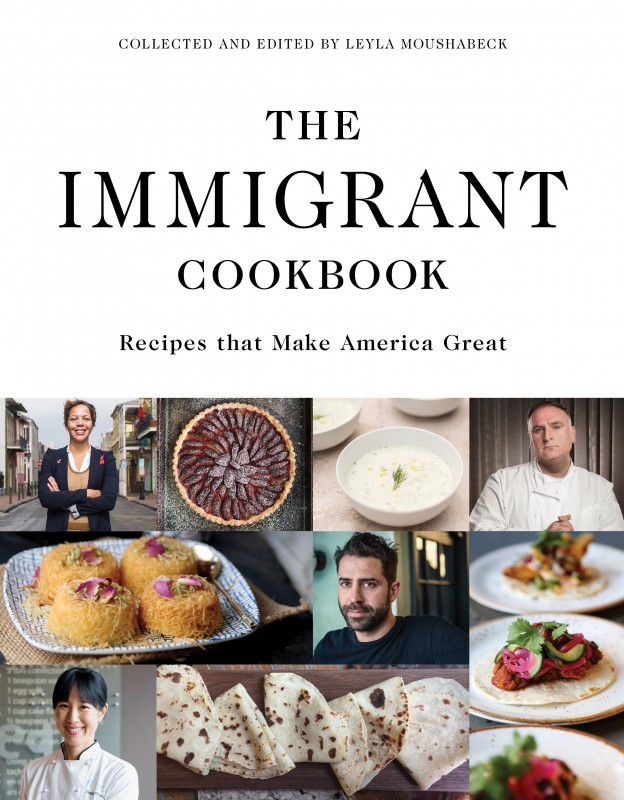 With recipes including Mexican tacos, Haitian island slaw, Viet pho, Nigerian jollof rice and Philippine adobo, the flavor of the whole world are in this book.

Editor Leyla Moushabeck (Soup for Syria) is the daughter of a Palestinian father and British mother and is married to a Colombian.  My husband’s family is Lithuanian and German.  My family comes from Bohemia in central Europe, a country so carved up by World War I, it doesn’t exist anymore.   We are all from somewhere else but America is our home.  We are a nation of immigrants.   A portion of each sale of The Immigrant Cookbook goes to the American Civil Liberties Union to support immigrant rights.   Every one of us gets a seat at the table.

At a time when we are plagued by fake news, hate-spewing bots and the rise of white supremacist groups, The Immigrant Cookbook humanizes in the best way some of America’s 42 million immigrants and reminds us it’s our diversity that makes America delicious.

Katrina Jazayeri’s Iranian pickle recipe features dill and so much more — a harvest of vegetables treated to a rich, magical blend of seeds, herbs and dried lime.  The flavor profile is authentically Iranian.  The method — a quick pickle — is uniquely American.  You know us Americans, always in a hurry. 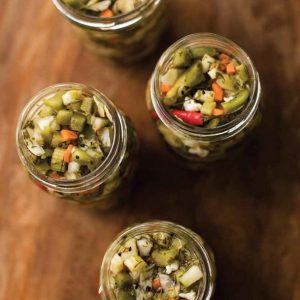 Recipe excerpted from The Immigrant Cookbook, © Interlink Publishing 2018. Recipe © Katrina Jazayeri 2018 ORIGIN: IRAN Torshi Torsh is the Farsi word for sour; and torshi is a pickle made from vegetables, herbs, and spices. It is served with rich stews and soups in the Persian tradition. When my mom traveled to Iran in 1979 to marry my dad, she would steal away to the cellar where the torshi was stored, and essentially ate nothing else (she doesn't really like rice, the main staple of Persian cuisine). When my Iranian aunts visit us, they fill the kitchen counters with chopped vegetables and herbs laid out on pillowcases, as they prepare a year's worth of torshi to leave behind for us. Look for dried limes in Middle Eastern grocery stores. You can use four pint-size (425 g) jars, two quart-size (1 kg) jars, or any nonreactive containers with tight-fitting lids. You can easily halve or double this recipe.
Print Recipe Pin Recipe