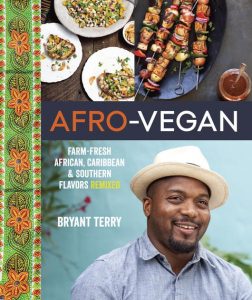 just tastes better with self-described eco-chef Bryant Terry in the kitchen. “I started calling myself an eco-chef in 2002,” says the author of the cookbook Afro-Vegan.

“I knew I wanted to commit to healthy food and sustainability issues, helping people to understand the choices we make as consumers have an impact on our health and on the environment.”

He wasn’t always clear about the best way to deliver the message. Back in his teens, Terry heard “Beef,” Boogie Down Productions’ hiphop tutorial on the horrors of factory farming. “That was it,” he says. He went vegan with a vengeance, turning into “an overzealous preacher of benefits of plant-based diets, yelling, screaming, haranguing,” and throwing out the chicken meant for the family dinner. Not a convert-winner. Amazing plant-based eats, though, “moves everyone across the bar, whatever race, class, status or diversity.”

A loving, modern mashup of traditional African foods from spring-bright slaw to pumpkin-peanut fritters, big-flavored Afro-Vegan nails amazing plant-based eats and goes beyond, pairing recipes with suggested playlists, books, poems and films. “People learn in different ways,” says the host of the web series “Urban Organic.” “A song was so instrumental in changing my attitudes, habits and politics about food.”

A longtime advocate for fresh, sustainable and accessible food, Terry sees food as more than dinner — it’s a change agent. He looks for ways to get people “excited about food issues, engaged differently as a community members and citizens. That’s why I focus so much on creating delicious meals that gather people around the table.” 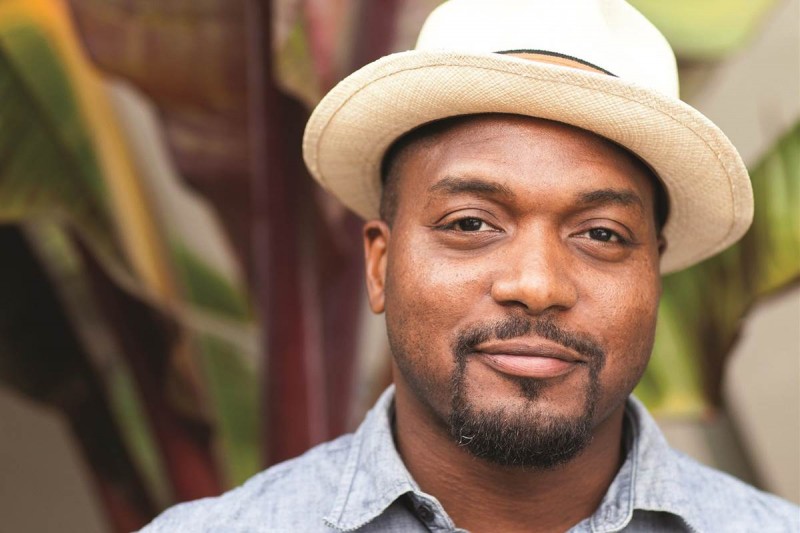 Coming together over food is how change happens. Terry urges people “to move outside of their home kitchen and connect.” It builds relationships in our increasingly fragmented society, and together we can come up with “creative ways to create local sustainable food systems. To move this food justice and sustainability movement forward, we need community,” says Oakland-based Terry. “Sharing meals with community is so powerful.”

For Terry, sharing meals can mean mixing it up in the kitchen with Rick Bayless for the Culinary Trust, showing hungry vegans aboard Holistic Holiday at Sea how to make tofu curry with mustard greens, or just as importantly, enjoying fresh farmers market asparagus with his wife, Jidan and their two-year-old daughter, Mila.

He and his wife had Mila teething on thick collard green stems when she was a toddler. “Now she enjoys a lot of farm fresh plant-strong meals like we do. My daughter has a very complex palate. She appreciates the different vegetables the typical American palate has an aversion to.” Terry, with three previous cookbooks to his credit, will be a daddy again in June. “As a parent,” he says,”modeling is the most powerful tool there is.” It also proves a delicious meal creates more positive change then a screamfest.

Whether you celebrate Earth Day by participating in a clean-up party at your local park, planting a community garden or enjoying fresh, local asparagus at home (complete with playlist), Terry reminds us “the choices we make as consumers have an impact on our health and on the environment.” 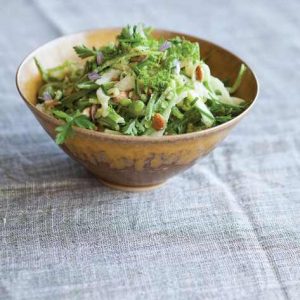 Reprinted with permission from Afro-Vegan by Bryant Terry, copyright 2014. Published by Ten Speed Press, a division of Penguin Random House, Inc. Music still inspires Terry. “I can hear a song and it will spark something deep within me to create a recipe. Something in the rhythm and pace of Hiatus Kaiyote’s ‘Mobius Streak,’ the way that sound flows, moved me to create this All-Green Spring Slaw. I love it — it’s so yummy, this nutrient-dense, all-raw green salad. I do feel like it heralds spring.”
Print Recipe Pin Recipe
Servings 4 - 6