Hobo Stew or Mulligan Stew is a simple and versatile dish often made with whatever canned beans and veggies are on hand. My meatless version of hobo stew makes use of red lentils and is filled out with leafy greens and a handful of fresh herbs. Singing while you make it is optional, but highly encouraged. 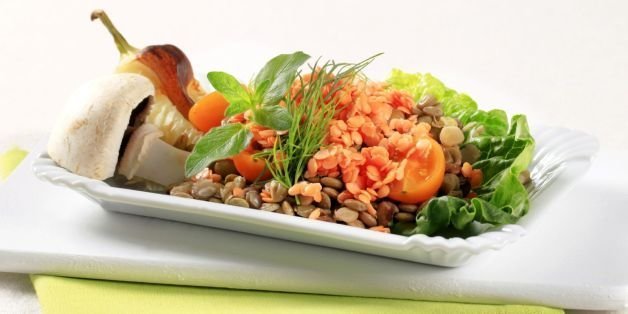 Singing Out in the Kitchen

I am in the kitchen, singing. I am in the kitchen, singing for Pete Seeger, who died last week at the age of 94. Seeger was a folk music hero who wanted to get everyone to sing along. He called it his cultural guerrilla tactic, and he had a gift for it. My parents went to hear him when I was a little girl, and Seeger even managed to get my father — whom I have never heard sing, ever — to join in the chorus of, “If I Had a Hammer.”

It wasn’t Seeger’s voice or banjo-playing that inspired Bob Dylan and Bruce Springsteen or even my dad, it was the man himself. He believed every voice should be heard. He believed in speaking out, in singing out. And in hootenanny. 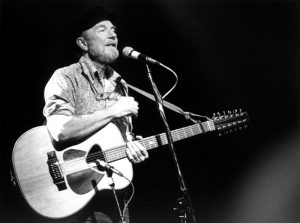 The word hootenanny has Scottish origins and means party. For Seeger, a party always included music, its ability to transform. As he said in an NPR interview, “A real hootenanny was a bunch of people who hoped that music could bring people together to bring a peaceful world, a world without racism, a world where you had a right to join a union, a world without sexism.”

How can singing do all that? The same way making dinner can. Sourcing and preparing your meals, sharing them with the people you love changes something in you — it empowers you, it makes you responsible. And it creates a connection. You realize what you eat, what you feed your family comes from a plant, an animal or a factory. Maybe you never thought about it that way before. But now you have and now you care. You realize your choices matter. Seeger, a vegetarian, by the way, realized that, too. That’s why he wrote the songs he did, to give you something to think about that lingers long after a catchy tune.

Seeger sang at Obama’s inauguration, but he also sang at colleges and at migrant camps. He was a folk singer, playing music by and for the people. I am a folk cook —I believe in food grown and made by and for the people, food that’s nourishing and accessible, made with whole ingredients and compassion. I believe in culinary hootenanny (if only it wasn’t so hard to say), in cooking as a basic life skill as well as its own cultural guerrilla tactic.

My unmusical father sang out that night because he felt moved by Seeger’s music and its sense we can create a better world. We can. Activism can be as elemental as a home-cooked meal, as simple as a song. “There’s a lot of good music in this world,” Seeger said. “If used right it may help to save the planet.” So can a meal made with mindfulness, not meat like this simple Hobo Stew. 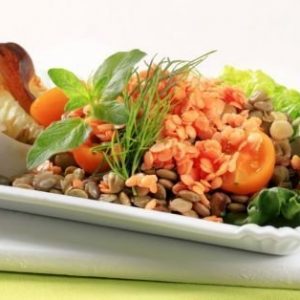 As a guy who hopped trains with Woody Guthrie and hung out at migrant camps, Seeger would have known — and probably ate — a fair amount of Hobo Stew. Also called Mulligan stew, it was canned beans and cadged vegetables heated over an open fire. It has a million variations, including some with canned meat, but it’s always cheap and improvised. This version is more elaborate, still cheap and, of course, meatless. Make it at a campsite, in a kitchen or on a hotplate. Sing when you’re cooking. It’ll taste even better.
Print Recipe Pin Recipe